One week on from the release of the Panama Papers and the media, together with Labour leader Jeremy Corbyn, is again mildly hysterical on the abuse and restoration of trust. They are all missing the point.

Trust in politicians is perennially low, just as it is for Estate Agents, lawyers and PR people. Aiming for “more trust” is a pointless aim, even if it seems to make journalists and politicians feel better by constantly asking for it.

The real issue under scrutiny is trustworthiness – which, to borrow from moral philosopher Onora O’Neill, is reliant on a combination of honesty, competence and reliability. If lucky, Prime Minister David Cameron scores maybe one out of three. Trustworthiness requires citizens (that’s us) to place and refuse our trust wisely.

The PM has, by his own admission, not played his cards well. Much pain could have been avoided – by coming clean on the state of his family finances in the first instance (in 2010 or before) and by not appearing hypocritical for calling others “morally wrong”. Trust is not a message of convenience; it is an outcome. It depends on what you do, not what you say (or however many times or however sincerely you say it).  The Prime Minister is still in messaging mode and is being vilified for it.

Cameron’s lack of judgment and understanding of the real world has been laid bare in just seven days.

First, how could anyone or their advisors, in the wake of Wikileaks and Lux Leaks, not work on the assumption that Panama was next – especially given the febrile atmosphere surrounding global tax? My Jericho colleague Neal Lawson, from painful experience, paraphrases the film-maker Spike Lee: “do the right thing or they will get you”. In a world where transparency has been radicalised, David Cameron has just been got. But he is not alone. Much of the political, media and corporate class still mistakenly believe trust is won and kept through the management of the message – or spin.

So, second, in case no-one noticed, PR is Dead. Trying to manage the message by telling a series of half-truths cloaked in incomplete sentences simply won’t work. The age of spin died with the last century, if not the last Labour Government. If we learned anything from Edward Snowden (and the Panama Papers are one thousand times bigger than Wikileaks), it’s that no-one is now in control – Prime Ministers and global institutions included. Trying to control the narrative – as Downing Street rather clumsily did last week – is at best naïve and otherwise reeks of being arrogant and aloof. Leakers, hackers, whistleblowers and Tweeters are epochal information levellers. But if we have equality in access to knowledge, income and wealth are still today more unequally distributed than ever before.

Third, as Thomas Piketty and others have chronicled, our world is crying-out for values-led leadership – for what is right and what is fair – and an end to yawning gaps of inequality. The 2016 Edelman Trust Barometer intelligently mapped this schism between elites and the general public. But Cameron’s apparent values – rooted in wealth and advantage – fail the people’s sniff test.

The commentariat’s “shock horror” at what the Panama Papers reveal is over-egged, if somewhat predictable. While the majority of large global corporations and High Net Worth Individuals do successfully find their moral compass on matters of tax, there will always be those that don’t. There is nothing new in this and the only way to seek resolution is to tackle the underlying cause and not just the symptoms.

Competing sovereign tax regimes (even within federal nations) and the lack of a supra-national governing body on tax makes the existence of tax havens inevitable. The OECD’s BEPS (Base Erosion and Profit Shifting) initiative is a starting point but only that. A much more open, honest and global conversation is needed.

David Cameron should have come clean straight away (or have resolved this all years ago) and said a very proper sorry. He should have demonstrated vulnerability and humility, not arrogance. His only credible route now is to work tirelessly to tackle the fundamental issues and consequences of international tax competition and the inevitable creation of havens – while others continue to lambast him for being one of the symptoms.

Sadly, rushed and clumsy attempts to legislate against those who fail to clamp down on tax evaders – as announced this morning – look like more spin, rather than much-needed substance.

Robert Phillips is the author of Trust Me, PR is Dead (Unbound 2015) and the co-founder of Jericho Chambers. 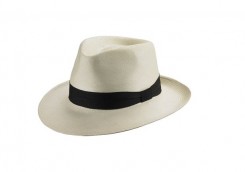