Business and democracy have a chequered history.  Business has both underpinned and undermined democracy. In pre-war Germany some of the corporate sector saw fascism as a bulwark against communism and backed it accordingly. In the USA, some corporations have played a part in CIA shenanigans the world over. For decades, business lobbied hard to reduce union power and win a low tax and low regulation economy.

But at its best, business provides the wealth and security for democracy to flourish, and a good democracy creates the legitimacy and certainty in which business can reach its highest purpose.  Free markets need the support, and boundary setting, of government and only a strong and participative democracy can hold government accountable to that task. A virtuous circle is feasible and desirable. But this positive interaction is breaking down. Business is sleep walking into a future where it can be bullied and cowed by increasingly populist governments and assailed by citizens who feel that democracy is not the way to get their voice heard and acted upon.  It is time to think of the consequences of this disconnect and then to act.

As governmental and state power wane, not least because of globalization and the tech revolution, business, like it or not, is going to have to play a bigger role, not just in saving the planet but ensuring we have a modern democracy fit, not for the mechanical Victorian era in which it was largely conceived, but the fluidity and complexity of a 21st century digital future that we either negotiate together or have imposed. Then, we can reconcile the roles anew of state, society and business.

Businesses will already be impacted by failures in policies for the common good. Low educational outcomes, limited access to affordable homes near jobs, poor transport links, limited digital skills and poor physical and mental well-being all require additional investment by businesses to maintain their ability to operate and enhance productivity. A lack of common good provision is not a no cost option for good businesses.

But the debate isn’t about whether our democracy can be renewed or not, but whether it slides backwards.  Across the globe there is a risk that we have a polarising democratic process rather than a participative one. Whilst the Brexit campaign was an example of polarising politics with a binary “tribal” campaign, it exposed deeper underlying realities of confrontational and divisive politics.  In Scotland and Northern Ireland there is clear polarity and in England and Wales there is a tribal mindset based on cultural identities and regional geography.  This does not help create investment and planning stability.

As our democracy fails to stop the planet burning or the poor getting poorer, then it’s little wonder some look for other governance responses – these might include binary and populist forms of direct democracy or by-passing democracy all together via authoritarianism and centralization.  We see echoes of this from Hungary to Brazil.  Opposition is stifled, the judiciary side-lined, and public media diminished.  Increasingly we have what Colin Crouch has labelled a ‘post democracy’, in which voting is meaningless, and society doesn’t get what it wants and needs. And so, we enter ever decreasing circles of democratic decay.

And there is growing evidence in the UK of political parties ignoring the legitimate interests of the business community.  This is one worrying aspect of populism, the target changes as it is expedient to do so. But it speaks to a deeper concern, that those who contest the democratic system also regulate it – claiming legitimacy to do so from a small pool of activists that are keen to polarise, further, within a disinterested, disenfranchised or disempowered electorate. In addition, other societal institutions, including business, are told to stay away from politics as if that was reserved to those whose livelihoods depend upon it rather than the political economy being something that extends the polity to citizens and societal institutions, such as firms. In no other sector would this self-regulation without accountability be allowed. As the culture and needs of society change dramatically, our democratic system looks further and further away in the rear-view mirror. If politicians refuse to renew and modernize our democracy, because it’s not in their interest to do so, then business needs to be seen to be alongside society to seek legitimacy for the extended polity and not just a tin eared political clique.

The benign circumstances of the post war consensus are long gone. The impact of markets that are too free and states that are too remote ricochet around our too polarized society.  Democracy can no longer just be taken for granted or at best ignored, at worse undermined, it must now be renewed and deepened. The long-term success of business and democracy are now intertwined. So, what needs to happen and how?

It is important to note that this isn’t about party politics but about democratic processes, structures and culture.  Not to help one side or the other but to ensure that both business and government best reflect the needs and interests of society. It is not for business to usurp the democratic process or tip the scales to favour one party over another, or for itself. It does make sense, however, for business to support actions that develop a more participative democratic process, to set out the role of business within a democratic society and to ensure that any overt political interference (through donations or lobbying) are not seen to be an anti-democratic stance.

This in turn demands not just better representation but deeper participation. Business must use its powerful voice to make the case for more devolved and accountable forms of citizen power in pursuit of a common good and a just social and environmental settlement. This business voice should be focused on supporting citizens to have a strong voice for collective action and political renewal rather than have business be a competing or representative voice. The temptation, which needs to be resisted, is for business to advocate for what they have decided to be good for society rather than be guided by society. Regional inequality would benefit from participative democracy at the local level rather than funding from the centre which is prone to decision making that exacerbates differences between the party in government and those in opposition. Powering up, not just levelling up. Whilst the devolution of powers to local mayors may help this process that too is in danger of creating its own set of political, and political party driven, tensions. Any business that is UK-wide may benefit from a levelling up agenda (including place-based initiatives to bring pride, skills, job opportunities and prosperity) that is seen to be participative and indeed in which business can show its commitment by participating.

Being part of a community also alerts business to issues at the edges that could become mainstream, that they would need them to take a strategic position on. And rather than rely on political and /or media interpretations of voter needs and issues, business can benefit from generating, and listening to, more authentic voices. The challenge for business and government is to listen to learn, not listen to confirm. Here the hierarchy of learned expertise over lived experience doesn’t help. People haven’t had enough of experts, they have had enough of the validity of their lived experience being decided by people who refuse to accept that their lens should be used as a legitimate viewpoint on both the problem and the solution. Witness that illuminating cry from the North over Brexit ‘it’s not my GDP, it’s yours’.

It is also the case that the technology that business has developed and popularized can both liberate and manipulate. Big tech has the biggest responsibility to ensure it is to be the former, but this also distracts from the role each business plays in the use of technology as the edges of technical capability become mainstream as business embraces its capabilities, potentially distancing themselves from people at the same time as Sarah O’Connor has written about in the Financial Times.  Is technology in service of human dignity or is human dignity collateral damage to the touted superior efficiency of technology? As someone observed there is a big difference in viewpoint and life for those who work ‘above the algorithm’ and those who work and live ‘below the algorithm’. That is not a sustainable position.

Finally, business must practice what they preach, not just to be authentic and avoid the charge of hypocrisy, but because business itself can only benefit from being more democratic.  Ideas like open strategy processes, employee stakeholder (including citizens as stakeholders) assemblies and more need to be experimented with and developed. This will help make business more responsive, creative and agile and authentic in supporting democracy and participation.  Business could also look to fund the local and national infrastructure of democracy such as through community development initiatives – another expression of authenticity by funding to empower rather than funding to control.  Here an audit of corporate lobbying could help repurpose existing funds to support better democratic infrastructure.

Business is increasingly being drawn into taking a stance on social and moral matters, through regulation, media challenge and consumer and employee pressure.  It is rightly stepping up to the plate on the environment. Indeed, the whole ESG agenda (environment, social and governance) is taking a deep and abiding hold on the business community.  Understandably while the focus has been on E, there is acknowledgment that the S is being squeezed but there is too little on G.  The wiring and culture of decision making, and who has a voice that is heard, are critical if we are to meet the complex challenges and opportunities of the 21st century.

To reiterate, the looming and maybe present danger for business is that populist dissatisfaction with the democratic process will be turned against business, which will be painted as a cause of that dissatisfaction and so become the focus for direct protest – whether legitimate or not. This can not only result in more expensive regulation but can also fuel anti-business sentiment.

More and more businesses see the benefit of listening to diverse voices, internally and externally, for constructive engagement and true participation. They could support initiatives that are seen to be inclusive, participative and inherently fairer to spread the same benefits to the democratic process without being seen to favour any political party.  But risks will have to be taken. Any democracy, worthy of its name, cannot be controlled. Business must trust the people and enjoy the legitimacy that brings. And business must better practice anything they preach.

Overall, it is to the benefit of business to support, and be seen to support, initiatives that connect citizens to democracy and business to society. Business doesn’t get a vote, so it must develop a following in society or suffer the consequences of democratic decline, just at the moment we need democratic renewal. A legitimised role for business, in the eyes of the electorate, to be part of the solution is in the interests of the common good. That’s means having a view, where appropriate, and building democracy. The risk, otherwise, is to be seen both as the undemocratic problem and the biggest beneficiary of a weak democracy in which they are seen to have undue influence.

There are some key questions we need to explore: 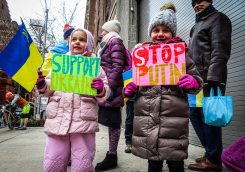