Dr Couchman for chemistry, Mr Moon for religious instruction, and someone who’s name I have forgotten trying to drum German verbs home. In my mediocre state secondary school they never stood a chance. Couchman was brilliant – built his own TV set out of scrap – but psychologically fragile and easily smashed into submission, especially after he admitted to being a white witch who danced round a fire wearing just a piece of string. Moon was tall, Harry Potter glasses, gentle, excellent at chess – and easily distracted. The German teacher: our class of bastards, 15-16 year old girls and boys, enjoyed goading him until he wet himself in front of the class. Only after he killed himself (under a train) did we discover he was a survivor of Nazi concentration camps. Our music teacher tried to cope by whacking us on the head with a thick book.

The idea of going back to that is unspeakable.

But I was rescued. An Art teacher who never taught us but just wandered around, playing music, speaking gently, encouraging – and ejecting all bullies. He left teaching. An English teacher, who let us speak freely and allowed us to discover our own stupidity – if we could. He later turned out to be a serial visitor to prostitutes, but before that he saved me.

I wasn’t nasty enough to be much of a bully; rather I just followed the animals who had a gift for perpetual aggressive behaviour. It was easier to join the pack than stand against them.

I asked one of my oldest friends who is a teacher in a state junior school in London what he most dreads about the start of a new term. “I think overall it’s that fear of not being good enough; of wanting to feel you have all the answers but knowing that you don’t and that any slip will leave you vulnerable.” But you only fear failure if somewhere there lurks a bully ready to attack you…

It’s taken years to learn enough courage to stand up and walk away from bullies. I learned shame quite early (RIP my unknown German teacher) but how to handle relentless aggression, without simply lashing back, has taken a long time. For bullying is profoundly destructive not just of the bullied, but the bully, too. Learning how to deal with corporate thuggery has been a lifelong experience. We could all do with lessons in human decency. Fat chance. Thank God I don’t have to go back to school. 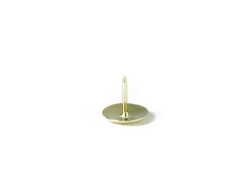