For the first time since the aftermath of 23rd of June, I found myself uplifted yesterday at the prospect of Brexit.

If, like me, you’ve remained glued to the papers and every inch of social media clambering for some understanding of the post-Brexit world, then you’ve probably also been verging on some sort of post-traumatic stress disorder, catatonic with indecision about what to do next. Your only anchor has been a bottle of red wine and Netflix or browsing property prices in far away places, planning your imminent escape.

But after a breakfast meeting of thinkers and campaigners on our food system, hosted by Capco and the Centre for London , I found myself seeing Brexit, not for what it is, but for what it could be: a huge opportunity to reframe and redesign the systems we know aren’t working for the vast majority of people: from our food system, to our finance system and beyond.

Everything is up for grabs. Unlike the 2008 financial crisis, we don’t have to rebuild the house of cards and mask over the flaws anymore.

Consider this scenario with regards to food. Professor Tim Lang wrote a hugely insightful paper that highlighted what would happen with the UK’s food system in the event of Brexit. Food prices would rise (they already are as a result of a falling pound); migration would lead to a shortage of workers, both on farms and in restaurants; farmers would see subsidies slashed with the loss of the Common Agricultural Policy; food-related health issues, such as diabetes, (which cost our economy dearly), would be on the rise, as access to affordable, healthy foods could diminish. Think of how much of our fresh food comes from southern Europe. The list goes on, and its not a pretty picture.

Our food system has long suffered problems around inequality, where there is a clear divide between the haves and the have-nots, where the big companies seem to have all the control, and the rest – farmers, consumers – have none. You can read about some of this in these fantastic essays. Under the doomsday Brexit scenario, things only get worse.

But consider an alternative scenario. All regions of the country – including London – will be looking for greater devolution of powers to bring more responsibility for things that matter to bear locally. Brexit was, in part, a backlash against power that was considered too remote and too elite. What better opportunity to reimagine how our important systems, like food, can present different outcomes?

If London, for example, had more powers over its food policy – from how and where food is grown to how it’s distributed; being able to incentivise producers and providers of healthy food; consider migration needs to meet a bustling food sector; or more policy levers to tackle food waste and carbon impact. Devolution of food policy could actually bring bring greater equity, healthy diets, and a more democratic food system.

Brexit is the opportunity to throw what we have up in the air and start over, whether it’s with our food system or another sector. It forces renegotiation of standards, trade rules and our governance.

Where do companies stand in all of this? In the aftermath of the financial crisis in 2008, I know of many in the private sector felt powerless. They watched the memes of the Occupy movement and agreed that our system of laissez-faire capitalism wasn’t delivering for the poorest. But they failed to act, instead fighting fires of a depressed economy – pushing costs down, laying people off, creating zero-hour contracts. So, 8 years later, we’re left with an even more vulnerable population, clearly divided with little hope.

With Brexit, however, this choice is with us again. Companies can take the short-term easy way; cut costs, keep business as usual and cross fingers that they’ll survive. Or they can see how we can redefine a social contract between business and society. Regardless of what happens politically in the coming weeks and months, let’s reimagine the role of companies in providing people with meaningful work; let’s reduce income inequality; and build a more cooperative, localised future that shares the spoils.

While my initial reaction to Brexit was also one of powerlessness and despair, I can now see an alternative. Right now, while every company will of course be drawing up their Plan B’s, they could also be looking more deeply. Every company should be having a conversation with their employees about how Brexit can be an opportunity to build a better and more inclusive economy, and laying out ideas for what they can do to get there – as individuals, as departments, as companies, as sectors.

This should, in fact, be our Plan A – because there really is no other choice. Creativity emerges out of crises. I’m bored of Netflix now. Let’s harness this crisis for the better, and get on with it.

Deborah is a campaigner, writer and former Director of the World Development Movement. She blogs for The Guardian and is a partner at Jericho Chambers. 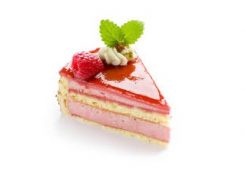