“Not the end of the affair…”

Whether the UK votes for an acrimonious divorce from the EU or a testy settlement, this will not be “the end of the affair”. The safety and prosperity of this Sceptred Isle has always depended on the fortunes of the Continent, and no referendum will change that. People will still cross the Channel and UK companies will still do business with the European Union.

But, whatever happens, do not believe that the EU will stay the same beast that we love to hate now. The consensual drive and vision of the 20th-Century EU is shattering: we saw it with Greece; we see it every day on immigration; and, to an extent, we see it with tax, energy, digitalisation, and a host of mostly well-meant EU policies. Where is the vision and harmony? Where is the sense of common purpose that drove the Single Market, enlargement, competition challenges, major trade deals? If the EU is degenerating into little more than a looser federation of competing nations, then what true purpose does it serve?

If we want to preserve what is good in the 21st-Century European Union – the open markets, the establishment of democracy across 28 countries (memories are short – remember the Greece, Spain and Portugal of the 1960s?) we will also need to accept that the primordial Anglo-Saxon led focus on markets, prosperity, freedoms and flexibility is blurring. Instead, in the face of uncontrolled immigration, political extremism and xenophobia, an overarching desire for security, safety, consolidation and protection is playing into sharper focus.

In the same way that the EU created the tools and structure of the open market, so it must find the tools to build security and maintain civic peace, whilst preserving as much as possible of the prosperity and opportunity that has been generated. The latter are under threat from protectionism and fear. Closing borders does not only slow the wave of refugees and immigrants. It means logistics stalled, supply chains jammed, and access to skills and resources constrained if Schengen’s borderless Europe falls apart.

Whether or not the UK leaves the EU, with the ensuing uncertainty over regulations, standards, tariffs and contractual complexities, the future of the EU looks tough. As the Middle East burns and the US turns in on itself, the EU has a new role thrust upon it – the Promised Land. With or without Cameron’s “mouse”, the EU has to change, reset priorities, reform the tools and balance of powers to handle the consequences of its new celebrity status – and it must do this without destroying the peace, prosperity and social values that earned it that revered place. And the UK will of course still want to be part of all that. 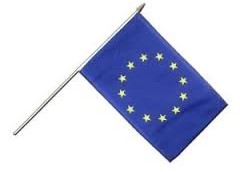