Boris didn’t want this. It wasn’t meant to turn out this way.

His downbeat manner at what we might call his “acceptance speech” yesterday was the giveaway. He wasn’t trying to do statesmanlike-with-gravitas, as other commentators have suggested. No, he was shocked.

Shocked at being besieged in his home by booing Londoners. Shocked that his “old friend” Dave had given three months’ notice without telling him. Shocked perhaps, too, that he was stuck with Michael Gove, who in political terms is that most despised of figures, a loser.

But he was disappointed as well. What was meant to have happened in Boris World was that David Cameron would have led Remain to a narrow victory that was insufficient to command any authority with his party over Europe. Cameron would have limped on, like John Major unable to control the Europhobic “bastards” on his right wing.

At some stage before the next general election, Boris would have been called to mount a challenge to end the uncertainty and instability. His grateful party would have swept him to power as the great uniter. He would then call a general election to have a mandate to re-negotiate our relationship with Europe – a long and heroic job.

But now? With the break-up of a deeply divided UK to manage? A border between England and Scotland as the Scots go with the EU? The resurgence of Irish republicanism? Welsh separatism? The EU forcing the UK’s hand for a swift departure by invoking Article 50 of the Lisbon Treaty? With a parliamentary Conservative Party that hates him? With the prospect of riots on the streets of the capital of which he was Mayor?

Boris is not a detail man. But even the most heroic statesman wouldn’t expect to last more than six months as PM with that agenda to greet him.

Should have been careful what you wished for, Boris. 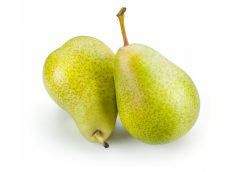