One of the golden rules of PR consultancy, according to convention, is that the practitioner must never become the story. Firms are paid to protect and promote the interests of their clients, not themselves. Mired in controversy over a campaign that stoked racial tensions in South Africa, Bell Pottinger is now facing understandable client flight and the very real prospect, to quote its eponymous founder Tim Bell, of final ‘curtains’.

The surge of shock and outrage that followed the South Africa revelations was as inevitable as the fact that this was a scandal waiting to happen. It is worrying we now seem fascinated more by the fate of the PR firm than the substance of the story – actively promoting political discord and economic apartheid. Meanwhile, watching the story unfold, I was reminded of the character Captain Renault in the film Casablanca, who, while pocketing his illicit casino winnings, ironically remarked: ‘I am shocked, shocked to find gambling has been going on in this establishment.’ Renault then proceeds to close Rick’s bar, so he can be seen to do the right thing.

Public Relations & Communications Association (PRCA) Director Francis Ingham – while taking the correct, decisive action in expelling Bell Pottinger from the trade body – offered us a contemporary spin on Captain Renault, though the irony was missing.

I raised Bell’s dalliance with the likes of Augusto Pinochet with Evan Davis on BBC’s The Bottom Line in February 2010. Tim Bell corrected me (angrily) and pointed out that he had not worked with Pinochet but with the Pinochet Foundation. I guess, for him, it’s an important distinction. As many have been quick to point out, to Augusto Pinochet add any number of dictators and organisations with dubious ethics on Bell Pottinger’s past and present client roll.

What is playing out now is the culmination of decades of ugly spin within an industry that has only the loosest of codes of conduct.

The whole episode reminds me why I wrote Trust Me, PR is Dead and called for a total re-think of the ethics, purpose and structure of the Public Relations (and Corporate Social Responsibility) sector. Hopefully that conversation will be ignited once again, even though, to quote one correspondent on social media, there are those who clearly think that ethics can be ‘for sale’. The need for open discussion is more urgent now, in these fragile times with truth under threat and fakery more prevalent, virulent and harder to trace. Those whom we once professed to trust, presidents and CEOs among them, can be counted among the worse perpetrators. Truth and trust are two sides of the same coin.

People frequently compare PR people with lawyers – both advocates for a cause, whether ‘right’ or ‘wrong’. Bell himself cites the Cab Rank Rule (take whichever passenger turns up and pays) as a way of maintaining some sort of ethical neutrality. But this argument is deeply flawed. First, because the abdication of ethical responsibility is also the abrogation of personal and moral responsibility. And, second, because the parallels between PR and the law are imprecise. Lawyers, like doctors, can be disbarred or struck-off if they fall short of the standards required. The PRCA is a paid-for subscription organisation, not a professional regulator. Bell Pottinger has simply been chucked out of its membership club, with no actual penalty on its license to operate. That said, clients have voted with their feet.

I’ve long argued that the industry was sleepwalking over the cliff. It has now reached the edge. Bell Pottinger behaved outrageously and brought an already-damaged industry into further disrepute. While there are of course some very good practitioners out there, several of Bell Pottinger’s fellow travellers are not far behind.

The Public Relations industry needs to take a long hard look at itself; decide on whether it is a genuine profession or a diminishing cottage industry; and make some of the tougher decisions that, like businesses elsewhere, are based on more robust ethical frameworks. The PR sector may even have to prioritise principles and purpose over revenues and profit. This, after all, is often the advice it gives to clients. 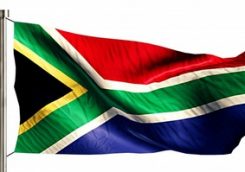