This week, global elites will assemble at the World Economic Forum in Davos. They will be joined by President Trump and UK Shadow Chancellor John McDonnell, neither man with unblemished records on trustworthiness and truth-telling.

As of January 1st, according to fact checkers at The Washington Post, Donald Trump had made at least 1,950 false or misleading claims in 347 days in office, or an average of 5.6 claims a day. And that’s separate to any of his rants on “rapists” or “shitholes”. But do we (or the President’s core voters) trust Donald J Trump any more than we (they) trusted George W Bush? How would Theresa May now compare with Tony Blair in the trusted leader stakes? Or, for that matter, how does the CEO of UK housebuilder Persimmon line-up against some of the bankers in the run-up to 2008? 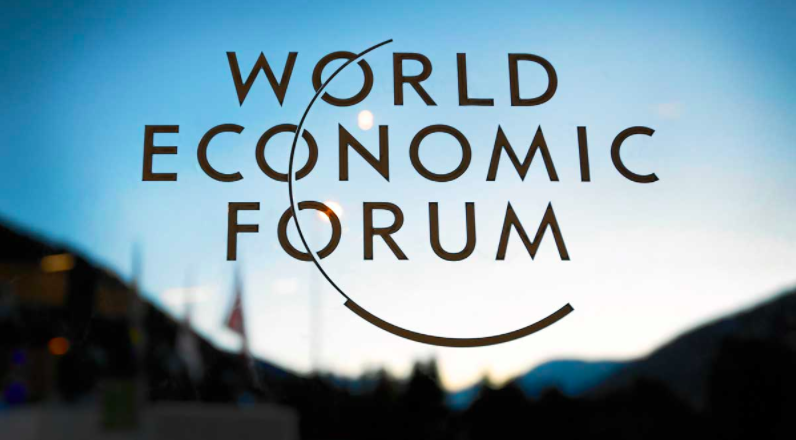 Expect the inevitable Davos hand-wringing around the so-called “crisis of trust”. The pilgrimage in the snow will be rich in usual trust hyperbole: “decimation”, “implosion”, “evaporation”, “collapse” are all adjectives freely applied to trust in recent years, courtesy of the widely-cited Edelman Trust Barometer. Few question the data (small sample sizes, poor definitions, vague questions, overstated claims) that underpins the excitable language. Few ask the bigger questions of what all this noise is really masking. Trust is a simple word for a complex idea.

Five years ago, in my final year as Edelman’s EMEA CEO, I wrote that the “crisis of trust” was really a crisis of leadership. I have become more militant since – weary of the sheep-like mentality and the endless trite soundbites on trust, used as feeble distractions from genuine global crises.

According to Ipsos MORI’s Bobby Duffy, tracking back 30 or 40 years and using long-term veracity data, “it is difficult to see a real crisis of trust”. Those trusted to tell the truth have actually remained remarkably stable over time. Business leaders, if anything, have seen an 8-point rise since 1983 and the much-derided scientists and civil servants 17- and 31-point gains respectively. Only the clergy are big losers – down 16 points between 1983 to 2016.

Those atop the Davos mountain should therefore think long and hard before accepting Edelman’s Barometer as annual gospel truth. Duffy argues that the Edelman model “presumes that trust is a causal precursor of ‘system is broken’. But this is little more than non-scientific conjecture – trust is more likely to be eroded by the actual experience of the system not working for you and me”. In other words, Edelman may have muddled cause and effect.

In addition, Duffy concludes, “the much vaunted generational driver of this decline of trust – that Millennials are even more distrusting of elites’ actions and motives, and so the crisis is only going to get worse over time as older, more deferential generations die out – is just not held up by the data.  In fact, young people’s levels of trust in all sorts of institutions, from the government to business are often higher.  This doesn’t mean they’re delighted with how things are going – far from it, but the issue is much more about efficacy and relevance rather than trust – and provides more evidence that we’re looking in the wrong place if we frame everything as about trust”.

Crisis of Trust = Crisis of Leadership

The truth is that no-one wants to talk about the crisis of leadership, especially the failing leaders themselves. Locked in echo chambers and wrapped-up in their own machismo, with few notable exceptions, they lack fundamental self-awareness and honesty. They have raised the banality of trust to an art form.

Author Margaret Heffernan recognises many leaders as dangerous narcissists. “The crisis of leadership”, she writes, “is partly due to the fact that we mostly observe leaders as out for themselves rather than working on our behalf. This is due to our mindless subscription to the idea that competing makes us better and the consequent rise in individualism which morphs, at its extreme end, into narcissism. For all we’ve been teaching leadership and management, we don’t seem to have got any better at it. We still have robber barons, sweat shops, slavery, child labour (and more besides)”. Leadership, like trust, is also a simple word for a complex idea.

My 2014 post-Edelman book, Trust Me, PR is Dead, argued for a shift from a world obsessed with PR (Public Relations) to one committed to Public Leadership and Public Value – the common good. New working and leadership principles would be required: activism and co-production; vulnerability and dissent. Social movements would supplant hierarchies. Accountability would replace meaningless measurement in a world that began to fill the vacuum of leadership. Some courageous organisations have embraced this thinking but, for many, the thinking makes them anxious – vulnerability (an open recognition of their own limitations) is rarely high-up the CEO agenda. We are still some distance from realising the systemic change we need.

Philosopher Onora O’Neill points out that the whole idea of “more trust” is meaningless anyway: “trust” in whom and for what end? Whatever the data says, do we really trust the government of China more than we trust the government of the United States? As with Trump/ Bush or even Trump/ Obama, it depends of course on who you are asking – and how. “Trust levels in politicians and media” notes Ipsos MORI’s Duffy, “are horribly low – but they have been for at least 30 years”. In other words, there’s no new news here. Moreover, trust is highly situational and, adds Duffy, “there is so much contradictory information that it’s hard to know who or what to trust anyway”.

Trustworthiness – the noun of trust – is more relevant and tangible, rooted in behaving with integrity and built on three pillars of honesty, competence and reliability. Leaders should therefore concentrate on trustworthiness, not trust.

The data also does not support the claim that we don’t trust experts – judges and teachers have for example long scored highly on Ipsos MORI’s Veracity Index. Returning to O’Neill, meanwhile, none of us would trust a Dry Cleaner to remove a grumbling appendix. To say we don’t trust banks when we all still have bank accounts is clearly nonsense. More banalities – pushing soundbites over substance. This is nothing more than trust as “spin”.

Trust has however changed shape and direction. Author Rachel Botsman’s recent work focuses on this. It can no longer be imposed from above (if ever it could, effectively) but instead flows horizontally between friends and peers – even strangers. Platform brands like Uber and AirBnB were textbook examples of this in their early days but have since morphed into corporate behemoths – now frequently beset by the accompanying problems that such scale brings.

This trend towards horizontal trust will accelerate in line with the march of technology and a generational shift. Leaders therefore need to rid themselves of top-down thinking, stuck in old imperial and industrial ways, both of which sought to impose and control trust through hierarchy and authority, domination not collaboration. If this crisis of trust is a crisis of leadership, this is because we now have a cadre of leaders who are quite old with ideas that are older still. They are simply not fit for purpose in the technology-driven, mid-21st century. As Neal Lawson of Good Society pressure group, Compass, is fond of saying: “the future can only be negotiated, not imposed”.

Returning to Heffernan and to politics, in the UK we see “the Tories harken back to imperialism and the Labour party to nationalisation: old, old ideas and mental models. We have no young leaders, no new ideas. We are still tinkering — while the tech world takes advantage of our cognitive dissonance to run away with our identities, our data, our privacy and, dare I say it, our trust”.

As the tech world offers a new trust fissure, so the spinning of trust is made worse by a clickbait-obsessed media, which has a vested interest in propagating the so-called crisis. “Trust” offers ready-made headlines: for banking, swap energy; for politicians, read the judiciary. Skip through the websites and papers to find the trust crisis everywhere – hilariously in luggage, in dentistry, in wine and, more recently, the BBC, where, oddly, the courageous Carrie Gracie chose to describe gender pay discrimination as a trust issue: “with great regret”, she wrote, “I have left my post as China Editor to speak out publicly on a crisis of trust at the BBC”.

What does this tell us? “Trust” offers easy shorthand and a way to swiftly categorise and criticise, welcomed especially by the populists and rabble-rousers and those jumping on their bandwagons. The media is hugely culpable: a net contributor to the banality of trust, more interested in virtue signalling that in helping re-frame virtuous behaviour. Journalist Matthew Gwyther offers a pithy take: “a crisis of trust has become shorthand for sh*t going wrong”.

There is no global “crisis of trust”. There is, though, a global system that is Just Not Working. It has not been working for decades, as the world exited the imperial and industrial eras. We have failed to re-set our behaviours in line with the world as it is, not as it once was. Our economic and democratic crises flow from the same root, an unravelling of beliefs – a descent from core concepts of service and generosity, fairness and justice, citizenship and the common good. The trust data has not really shifted over 40 or 50 years because our behaviours have not changed. Instead, we just look elsewhere for excuse and blame. Trust is just a lazy proxy. And, for sure, “more PR” is still not the answer to “better trust”, however well Edelman sells trust at Davos.

The closing thought belongs to Margaret Heffernan: “perhaps we want to trust others – and castigate them when they prove untrustworthy – because deep down inside we don’t trust ourselves”. Perhaps we are not being honest with ourselves about where the real betrayal and real truth lies.

Robert Phillips is co-founder of Jericho Chambers and author of Trust Me, PR is Dead (Unbound, 2015). He was UK Chief Executive of Edelman 2007-10 and President & CEO, Edelman Europe, Middle East & Africa 2010-2012. Robert.phillips@jerichochambers.com 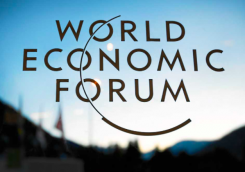