If you don’t know the website Glassdoor you should bookmark it; it gives a very good insight into the state of a business. Glassdoor provides a forum for employees to comment – anonymously, of course – on what it’s like to work in a particular place. On 25 April this year the retailer BHS filed for bankruptcy administration; on 26 April a “manager” at BHS commented on Glassdoor: “There has been a lack of investment in the infrastructure of the business for decades whilst owners have asset stripped on the back of the goodwill of long standing employees”. Last week no buyers were found for BHS, and it will close – and in weeks 11,000 people will be without a job. The privately-owned company has gone under, leaving behind a pension deficit of an estimated £571 million…and one former Monaco-based owner worth multiples of that.

This is not the place to indulge in further lambasting of the Greens, Philip and Tina, the latter formerly the technical owner of the collapsed BHS until it was sold for £1 in March 2015 to a consortium led by a former bankrupt. Anyone interested in reading about the Greens’ self-indulgent and frankly immature excesses can do so here, in The Guardian. Suffice to say that anyone who thinks spending £50 million on a three-day toga party on Cyprus for their 50th birthday, as reportedly did Sir Philip, might be thought to be in search of friends to impress. Tina gave him a solid gold Monopoly set. Sir Philip got his knighthood in 2006, under Prime Minister Tony Blair.

What happens next? Goodness only knows. The BHS saga is a total mess, and the more you explore it the more confusing it becomes. There are now two parliamentary inquiries into its collapse, and perhaps they will be able to get to the bottom of it; though I’m not holding my breath.

What most interests me is how, at the start of the 21st century, we have arrived at a form of capitalism that would be completely familiar to Charles Dickens, where individuals are legally enabled to enrich themselves fabulously on the sweat of their hard-working and generally poorly-paid employees, all of whom have absolutely no say in the running of the totalitarian state they find themselves within. Not only should it not be like this; it doesn’t have to be like this.

Not that I’m expecting any top-down policy directive from government to solve the problem with authoritarian capitalism. Reform is in the hands of the quiet revolutionaries – the disrupters who don’t just want to upset the apple-cart but build a bigger, better and more ethically responsible one. There’s much talk about disruption these days, but it’s got a long way to go and needs to brush up on its ethics. Amazon started out as a disrupter but has morphed into a quasi-monopoly for everything we want to buy. Google was a disrupter but now dominates electronic communication. Facebook, Twitter, Instagram…these erstwhile disrupters have all turned into tightly-controlled generators of gigantic profits for a relative few, able to migrate profits to wherever tax regimes are friendlier. Sure, some of the billionaires who own them salve their consciences by setting up their own eponymous philanthropic foundations, and some undoubtedly do much good along the way.

But structurally the capitalist world is in urgent need of a workable alternative. The onset of inchoate popular protest throughout Europe has been festering for at least a decade, since the start of the Great Financial Crisis, and has been hugely stimulated by the obvious inability of conventional capitalism to return to the status quo ante bellum. Thank goodness.

There is a working alternative, the Social Stock Exchange, which now has 35 member companies. It’s not the only alternative, and the exciting part about impact investing is just how many hundreds of forms it’s taking. Any company that seeks to join the Social Stock Exchange is required to submit an Impact Report, demonstrating how it makes a positive contribution to society. The scrutiny process undergone by applicants is extremely rigorous, and they get rejected if they fail to meet the social responsibility tests. Many of the companies are genuine technological disrupters – and all of them are genuine disrupters in the broader sense of offering a different form of capitalism, of profits with progress.

It’s still early days in the life of the Social Stock Exchange. But an alternative way of capitalism is vital – not just out of human decency, but to help solve a mounting series of social concerns about constraints on public spending, deceitfulness about what our pension expectations might be, bringing young people into the workforce and not fostering their despair about jobs and housing, and numerous other looming social catastrophes. My biggest hope for the 11,000 former BHS staff now facing joblessness is that some of them at least might become their own disrupters – and learn how to do business in ways that are not, or do not end up as, authoritarian. 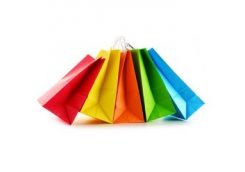