Some industries like attention – think cars, for instance. Others like to stay out of the limelight and just carry on making squillions without being noticed. The classic example of a mushroom industry for me is asset management, of which I have a bit of experience, as the former executive director of a tiny association of UK asset managers. This bunch claimed to be interested in ethical behaviour, but all I saw during my brief time there was the same old antagonism to all and every effort to impose regulatory authority on them. That, and attempts to bend the ears of policymakers: ‘nothing to see here, just move along.’

So I have more than a little sympathy for (and understanding of) Daniel Godfrey, the former CEO of the Investment Association, a trade body that represents the giants of the asset management world. Godfrey tried to persuade his members to change their ways and, for his honesty and good sense, was defenestrated from his cosy lair in November and – in a classic gamekeeper-turned-poacher move – has immediately started to draw very public attention to just how the asset management industry works against the very people it’s meant to serve – its clients. That’s you and me, no matter how small your pension savings might be. And this is a truly vast industry: around £7 trillion is in the hands of asset managers in this country. A penny here, a penny there – and pretty soon you’re talking Ferraris and pads in Paris.

So I for one was delighted that last week the Financial Conduct Authority (FCA) announced that it’s going to investigate the asset management world, to “understand whether competition is working effectively to enable both institutional and retail investors to get value for money when purchasing asset management services.” Daniel Godfrey was asked by the Financial Times for his response to this bracing announcement. He said: “I’m not sure costs and charges are actually designed to confuse the consumer, but the effect of a very complicated costs and charging structure does confuse.”

I’m happy to go further than him – I think a lot of the ways asset managers pile up costs and charges are deliberately designed to confuse the punter, and make it extremely difficult to sort out what you are being charged, and why. Elsewhere in the FT last week Godfrey wrote: “there can be a whole load of other costs borne by the fund on top of the annual management charge (custody, registration, research and other long words describing arcane practices that even I don’t understand).” That ought to scare the life out of us – if the former head of the UK’s biggest trade body representing asset managers doesn’t understand the “arcane practices” of asset managers, what hope have the rest of us got?

Asset managers like to say that regulation has imposed on them the need to have acres of fine print in their sales documents, and that’s true. But there’s nothing to stop them giving customers a very simple one page summary that details the precise overall cost of a product. Yet most of them don’t do that. Why not? Because opacity works in their own financial interests. And the profits are substantial; even a tiny fund, managing around £2 billion, can make £300 million profit a year. Saker Nusseibeh, chief executive of UK investment group Hermes, told the FT that the FCA’s move is clearly aimed at making “the industry lower its margins. The margins are high – 35 to 45%.” Asset managers generally don’t tell you upfront what the product costs, because, they argue, their own costs (largely the trading of shares on behalf of their investors) can’t be predicted at the outset. Instead they prefer to talk in percentages, which usually sound very low. But paying a fund charge of 2% rather than one of 0.5% might cut your annual pension income by 40%.

There is one thing that troubles me about the FCA proposal however. Tucked away in its announcement is the suggestion it might consider “enhanced self-regulation” for the industry. Anyone with a little experience of the asset management industry can tell the FCA that this is a terrible idea – self-regulation has created this morass. Asset managers are supposedly clever people, whose job requires them to be experts in financial modelling. If they can’t come up with a model that predicts the cost of running their own funds, they shouldn’t be in the game – and you shouldn’t be in their fund. Here’s hoping the FCA enforces a radical transparency plan on asset managers, compelling them to present upfront crystal clear costs to clients. And that it closes its ears to lobbying from asset managers. 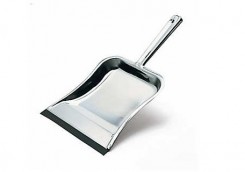