The words men, power and leader go hand-in-hand – it is the way the world has generally been. Despite 100 years of emancipation, not much has changed. Female political leaders are still a rarity (why Scotland stands out as a novelty), and many who do succeed – from Thatcher to Clinton – appear to have to be as macho as a man.

It is even more marked in big business. Only 9% of FTSE 100 executive directors are women and only 5% of CEOs are. An appalling statistic – there are more male CEOs called John than there are female CEOs. By mid-career, women’s aspiration and confidence erodes, while men’s doubles. Women are too often without support and encouragement – compared to men on their way up – and told (by men) that they are “not cut out for power and leadership”.

What is really stupid here is not just the lack of ethics and fairness – although that is a strong starting point – it is that the world would be so much better off with women leaders, because (in general) their leadership improves what is achieved and how. Women are more effective leaders – more powerful leaders – than men, for three reasons:

Leaders have teams around them. The most powerful thing a leader can do is ensure that their collective performance is stronger than any individual. Research shows that leadership teams with plenty of women – especially if led by women – are more likely to achieve this. Male teams and leaders are too focused on their own goals, needs and pressures – and so more likely to hang on to their personal power.

Research also suggests that women are more likely to be driven by long-term outcomes, and good at leading to those ends. Men are more motivated by the thrill of the quick win. That is why banks’ trading floors are mainly male, whereas the managers of big investment funds are often female.

The same combination of hormones and social conditioning that drives males to like the short-term, also drives them to take more risks – excited by the sense of power that comes with taking big risks. Research suggests that women, by contrast, are more likely to understand disruption, embrace transformation, to innovate, to think in new ways – to be bolder.

Overall, women are more likely to live up to the best definition of the role of leadership: to create the conditions for everyone to succeed. In other words – to give up ‘control’ and ensure shared power for the greater good.

So why – and how – have men managed to hang on to power? Mainly because we have let them. Especially us men. For if women really were in more positions of power, the odds are they would start sharing it more. And that is an unnerving thought for us men.

Alaric is a partner at Jericho Chambers and helps clients with leadership and organisational change. 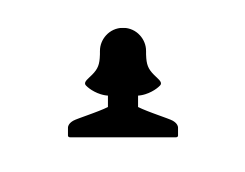