A hugely successful PR man of some 30 years standing organizes a launch for his book “Trust Me, PR Is Dead”.  It’s held in a swanky business school auditorium with wine, nibbles, name badges and a panel handpicked by the author to largely agree with him.   PR is dead? You’re having a laugh, right?

We did have a laugh – there were some great lines – but Robert Phillips* is right. PR is dead.  It’s dead because the centre cannot hold; command cannot control and control cannot command; there is no absolute right or wrong; private profit is giving way to public value; and the consumer and the worker to the citizen.  In a networked world, where the cost of communicating anything to anyone is £ zero – how can PR be anything but dead?

Indeed, so obvious is the proposition that Robert and the panel hardly touched on the PR issue. Because the factors undermining PR are also undermining business, according to panelist Cliff Oswick, Professor at Cass Business school; politics is floundering, according to MP and Mayoral wannabe David Lammy; human resources are ridiculously infantilising, according to Lucy Adams, ex -HR Director at the BBC; and only firms like John Lewis, with their partnership model, have got it right ,according to Patrick Lewis – well he would say that wouldn’t he? – but it doesn’t make him wrong either.

The big question from the floor is that if the future is to be citizen-centric, then what happens when the people are wrong? Cliff Oswick rightly pointed out that to be a citizen isn’t to be a lone consumer pushing your X button, to want to bring back hanging or somesuch. A citizen considers things with other citizens; they debate, listen, shift and form a consensus. And as both Cliff and Robert pointed out – there is wisdom in crowds. When you ask the audience on Who Wants To Be A Millionaire – 91% of the time they get it right.  Do we need David, Ed and Nick?

There wasn’t time to unpick the threads of the great shift we are going through, to dive into the messy and complex world that Robert described, a world in which we all have a part to play. But as a messy and complex human being myself – who doesn’t want to spin or be spun to, who wants to work out what I think in the company of others – the phrase of the night that jumped out to me was ‘reciprocal vulnerability.’ That is the world I want to live in and think we increasingly do. In such a world everything is about honing the art of how we live together.  Go on, just trust me.

*For disclosure: Robert Philips is my colleague at Jericho Chambers and is a mate – or maybe was.  Robert?

Download an extract from Trust Me, PR is Dead here. 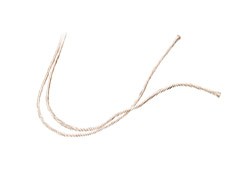