Ed Miliband’s Hugo Young lecture at the Guardian feels like a breakthrough movement. This article in The Guardian sets out a different path for public service provision that sidelines both the free market and the remote state and starts to replace them with democratic and participatory forms of engagement.

These have long been themes for Compass in publications such as this on reforming the NHS and this on Co-production.  It also ties in with the emerging work of our Education Inquiry. Finally it fits with the bigger picture of our developing theme of New Times, which looks at the end of elites and the emergence of more horizontal structures driven by social media.

Great care has to be taken to ensure teachers and other public sector works are supported in the vital and difficult job they do. We should start believing the best in these professionals and build a system of support around them on that basis – and not with the presumption that they are not to be trusted and build a system based on the worst in people.

There is bound to be some kick-back by those that don’t want to let go and would rather hoard power, Mary Riddell has written about this in The Telegraph. That is why its really important that Compass and others help develop the space that is now being opened up around Labour’s increasingly interesting Policy Review. 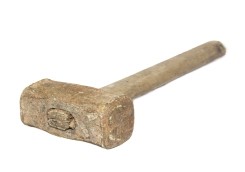