While Labour’s Tristram Hunt continues to prosecute his party’s core voter strategy with an attack on the privilege of private schools, so Education Secretary Nicky Morgan comes under fire from her own Conservative Party’s right-wing and – some would believe – from her predecessor, Michael Gove.

Now Tory chief whip with a wider remit on all-things-policy, Gove appears to be steering strategy from the proverbial back seat. Morgan is suddenly caught between the devil and, well, the bright blue sea.

Gove’s zeal at education reform was always divisive, not least because he saw in the educational establishment the sort of lefty conspiracy that his colleague at the Treasury, George Osborne, clearly believes exists at the BBC, with its allegedly “hyperbolic” coverage of impending welfare cuts. According to media reports, Gove calls the educational establishment “the blob”. Who on Earth knows what they call him? 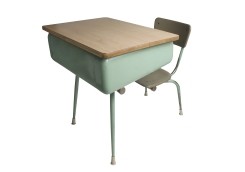