“What do you think of the new European Commission?”

The email from a senior Central Banker landed in my inbox during a long car journey on a wet autostrada ‎to Milan….

Juncker has been Machiavellian in giving portfolios to Commissioners “with skin in the game” but this could be disastrous for them and their Member States if they take their EU mandate seriously. Farage’s response was right, as sadly too often it is, that Jonathan Hill‎ will not be able to fight the City’s corner in Financial Services – he has to defend an EU perspective. And can he do much to influence the inexorable march of EBU and all the consequences for the non-eurozone? He (and by extension Cameron) risk being hung out to dry by a furious Daily Mail readership who will feel let down….

Similarly French Socialist Moscovici is encircled by Centre Right austerity hawks‎… Greek politicos hardly have good track record on handling unwelcome migrants. Energy union, possibly the most critical and toxic of all the policy areas will be overseen by a political “freshman”, with credibility and probity questions hanging over her at home, and all things Green have sunk in the political hierarchy… hell hath no fury like Greenpeace scorned.

European Parliament will take some scalps just because they will want to show they have the power to do so, so Commissioner Hearings will not be a shoe-in and several nominees will be shown up as lacking. So Juncker’s whole careful construct could be blown apart, unless the Grand Coalition between Centres Left and Right do a deal (again). Quelle idee!

I could go on. Let no-one argue that top jobs are awarded on skill and merit. Politics/nationality/gender/score-settling have dictated this whole exercise.

What do you make of it all‎?‎” I asked. 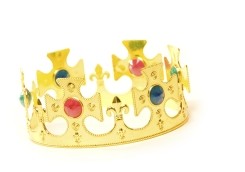