The party should accept that its social wing beats the neo-liberals, and woo Labour politicians accordingly.

This minute, right now, with four out of the last six polls giving the Tories a lead, who on the Labour side wouldn’t bite their own arm off for a hung parliament? And what, in political terms, does that mean? There are big challenges for Labour and the Liberal Democrats in all this.

Let’s take the Liberal Democrats first. I’ve just come away from their conference full of  admiration for their sheer tenacity. Over four years after entering government, the party can see the finishing line. As it comes round the bend to the home straight, there aren’t so many of them, and few now “agree with Nick” – but they have survived. As another hung parliament looms, what they say and how they say it matters.

The debate in Glasgow was how they maintain their liberal independence, values and politics. They want to fight 2015 without talking about coalitions or their position vis-a-vis the two (now not so) main parties.

But this can’t be right. The answer to the tuition fee debacle can’t be another tuition fee debacle. It’s not the Liberal Democrats’ fault that now in UK politics we fight elections under First-past-the-post but govern as if it’s PR. As Adrian Sanders MP correctly reminds us, his party was some 250-odd seats short of a majority. But that is not the way the electorate see a party that says one thing before the vote and another after. If it promises the earth with no hope of winning power on its own, then it needs both a wish-list but, more importantly, a reality-list, of what it would do in another coalition. The Lib Dems’ job, for now on and the foreseeable future, is to liberalise either Labour or the Tories. But who would they rather liberalise?

Here they have to be honest. The heart-beat of the Liberal Democrats is centre-left. The vast majority of their activists would prefer a deal with Labour over the Tories. In the great liberal divide, the unbridgeable gulf is between the social wing and the neo wing, and the Liberal Democrats are overwhelmingly on the former side of that divide. Almost anyone from Labour would feel culturally at home at their annual conference. Neither Labour nor the Liberal Democrats would say the same about the Tories. Campaigners like me and Labour MPs like Tom Greatrex went down well in Glasgow because we speak from the same value set. We all want social justice, civil liberties, a better democracy, real localism, a strong Europe and a safer environment.

The Liberal Democrats don’t have to rule out a pact with anyone, but they should be honest with themselves and the country about who they would prefer to share power with – and in the process make such an outcome more likely by encouraging anti-Tory tactical voting.

This is a tough ask, I know, but the Lib Dems are going to have to become better pluralists. They should stop thinking about grandstanding solely on their policy programme, and instead enter into dialogue and build relationships where they can with Labour politicians. They should prefigure the new politics, not work out how best to game the old system.

And this is where the ball lands in Labour’s court. Back in 2010, figures like David Blunkett and John Reid poisoned the chances of centre-left collaboration. Even if the numbers didn’t stack up for a progressive alliance, Labour should have said it would share power if it could. Anything is better than Tory rule. Instead, the closed tribe walked into the wilderness of opposition and snarled at the Liberal Democrats for doing the thankless task of trying to humanise the Tories. Will that happen again in 2015?

The days of alteration between powerful Labour or Tory administrations looks to be over. Labour might never govern alone again. If that is the case then party leaders and activists are going to have to adopt a new culture of pluralism and openness, or stay in the wilderness.

This article originally appeared on the New Statesman website. 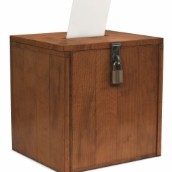