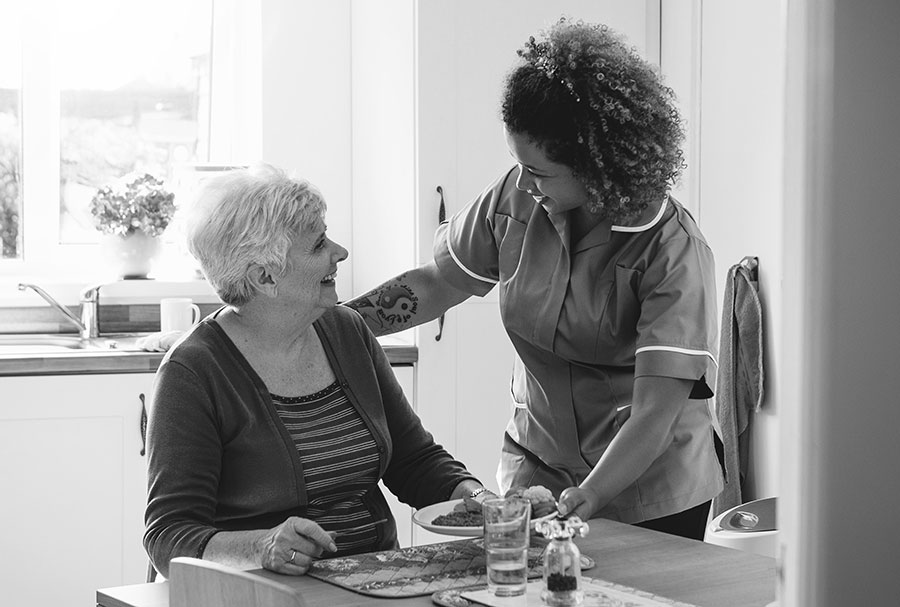 A collision between the need for local decision-making and the government’s default tendency to centralise has run through England’s Covid response, often with disastrous results. So it is no surprise to find it expressed so explicitly in the White Paper Matt Hancock published in February to make place-based Integrated Care Systems (ICSs) compulsory. Some places have already created ICSs, with promising results in terms of improved collaboration between the local agencies they link, which are mainly NHS bodies and local authorities. But instead of continuing to encourage these collaborative experiments and giving them time to inspire others to follow suit, Hancock plans not only to require them but also to take powers to command them.

What if, instead of asking how much local decision-making is possible, we asked how much centralisation is necessary? Instead of fixating on organisational integration, why not start with what a person needs and integrate around them?

The success of Buurtzorg Nederland, launched with one neighbourhood team 15 years ago and now employing 15,000 health and care professionals in hundreds of self-managed non-hierarchical teams, shows how this can work. Buurtzorg’s practice is based on core beliefs about the human condition, that people want meaningful lives and both individual autonomy and warm social interaction. This defines its purpose.

The day-to-day work of Buurtzorg teams involves supporting people to self-manage their care as much as possible, drawing on and working to strengthen the support of family and community. To operate consistently in that way requires that the professionals themselves self-manage, individually and collectively, guided by their craft and ethics to co-create solutions with the people they support and do what is needed when it is needed. That doesn’t mean there is no central authority or support: as well as operating within an agreed framework of ground rules, Buurtzorg teams are supported by regional coaches and a lean and responsive back office. But the default is local and personal, and the organisation’s purpose is to serve the primary process not to control it.

“The day-to-day work of Buurtzorg teams involves supporting people to self-manage their care as much as possible, drawing on and working to strengthen the support of family and community.”

Buurtzorg’s response to the pandemic illustrates how this approach works well. When Covid hit, the back office responded to intelligence from the first teams affected by setting up a task force to gather and disseminate guidance, and by bulk buying personal protective equipment (PPE).

The results of trusting and supporting the intrinsic motivation of professionals, and valuing both their codified and tacit knowledge, speak for themselves with Buurtzorg’s success, and not only in great care outcomes and job satisfaction.

Buurtzorg has saved millions by halving the average number of hours of professional input per client and keeping overheads low, which is important given that Westminster’s centralising impulse is due in part to resource rationing. The funny thing is that I know Matt Hancock gets a lot of this. He has told me he ‘loves’ Buurtzorg. His advisor Camilla Cavendish tells a beautiful story in her book Extra Time about shadowing a Buurtzorg nurse, and in her Financial Times column wrote that the model ‘should be adopted everywhere’.

But the key word there is ‘adopted’. Buurtzorg’s founders created just one team. The rest have been created by nurses flocking to the company or by an equally organic approach to self-division of teams as they grow to scale. The possibilities of working from a “Health Hub” alongside GPs who understand the great value of cooperative, collaborative and mutually supportive relationship are huge. The time is right for innovation within our health and social care system – trusting those on the front line, with all their tacit knowledge, to try some R&D. See what might work better.

“The message every time is to start again from the patient perspective and simplify the systems.”

The problem is that political and bureaucratic mindsets tend to force what needs to be nurtured, to ‘scale up’ what needs to be supported to grow itself. This shows up not only in the government’s treatment of local organisations but also in how many of the latter distrust their own communities and professionals. As Jos de Blok has said: “We started working with different countries and discovered that the problems are the same: the message every time is to start again from the patient perspective and simplify the systems.” 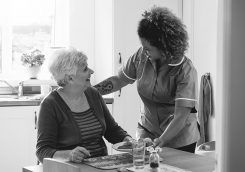