“The worsening inequality of wealth, income, and political power has two direct impacts on the climate crisis.

On the one hand, great Carbon Corporations not only make their enormous profits from wounding the Earth, but then use these profits to purchase elections and to fund fake science to prevent the public from acting to heal the wounds. On the other hand, the poor in America and around the globe are the first and the worst to suffer from the typhoons, floods, droughts, and diseases brought on by climate chaos.”

No, that’s not from the Papal Encyclical Laudato Si’, “on care for our common home”, published today; it’s from aletter signed by 360 rabbis who say they are “seeking eco-social justice”. So if Jeb Bush, himself a Catholic and one of the Republican candidates for the US Presidency (whose “I don’t get economic policy from the Pope” remark is unlikely to endear him to America’s 77 million Roman Catholics) doesn’t much like what the Pope has to say, he probably feels a little peeved about what senior Jewish religious figures are saying, too. For Pope Francis – and for millions of others, I suspect – “the earth, our home, is beginning to look more and more like an immense pile of filth.” For some the question is: is the Pope a Communist? Oddly enough that was the title of a recent BBC radio programme. (The conclusion was No). When a former pope rebuked Stalin for repression of Catholics in the Soviet empire, the moustachioed dictator famously (and contemptuously) asked: “The Pope? How many divisions has he got?” Well, this Pope has 5,000 bishops around the world, and they received his Encyclical today.

What is Francis actually saying?

This Encyclical is far more broad-ranging than simply criticising our failure to tackle environmental damage, although that is at the heart of it. Pope Francis fires a shot in the direction of what he calls the “throwaway culture…which affects the entire planet” and links this to a “decline in the quality of human life and the breakdown of society”. As a journalist and parent I find his views on the development of ‘social media’ (an immense oxymoron) particularly powerful. He writes: “True wisdom, as the fruit of self-examination, dialogue and generous encounter between persons, is not acquired by a mere accumulation of data which eventually leads to overload and confusion, a sort of mental pollution. Real relationships with others…now tend to be replaced by a type of internet communication which enables us to choose or eliminate relationships at whim, thus giving rise to a new type of contrived emotion which has more to do with devices and displays than with other people and with nature.” 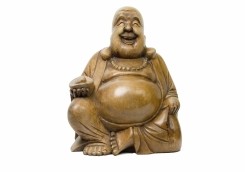