With these words, I closed Trust Me, PR is Dead – having argued that for too long the so-called “art” of Public Relations had propped up and legitimised bad leadership in business and politics. It was time to call bullshit on the bullshit.

The crisis of trust – over which so many leaders shed crocodile tears – remains absolutely a crisis of leadership, even more so now. In the UK we have just witnessed

acts of pure political vandalism on both sides of an ugly debate. We have emerged with half the country not trusting the other half, while internecine battles flare elsewhere.

Five years on, Noonan’s words reverberate – this time of disbelief leveraged without mercy by reckless politicians and then crowbarred into blatant lies for selfish gain.

This is not just a time of disbelief. It is the post-truth age and is fraught with danger.

Trumpeting populism and pretending to revile the very establishment to which they themselves belong, mercenary actors have prayed on the fearful and played Russian Roulette with the consequences of their manipulative words. They have seamlessly moved from “managing the message” (an age-old PR trope) to manufacturing the message altogether – with echoes (but apparently no appreciation) of 1930s propaganda and populism that wreaked death and havoc on a continent for generations.

Donald Trump has demonstrated post-truth politics in extremis. We have mocked him from across the pond, even though it was never funny. Britain today has ugly copycats seeking highest office, at the same time rowing back from their own “non-truths” shared so forcefully only days before: on the Health Service, immigration and even the mechanics of EU exit itself. Some clearly think it is acceptable to lie and deceive.

And within this we have a contradiction: the master manipulation of the many – led into a non-existent promised land – by the few is contrasted by a seething, surging resentment and discontent from the very people they seek to control. Activism is on the rise – the rejected struggling to find representation and voice. In time, it will get the manipulators, too, but they will not see it coming.

We are witnessing the violent death throes of the PR age. Sparked nearly a century ago by Edward Bernays, this man believed that “propaganda” (his word, not mine) was the best way to suppress the democratic will of the people, whose judgment he did not trust. But the people are no longer willing to be bullied by self-appointed masters – and thus we are seeing the people’s revenge on a century of spin. They will play David to the establishment’s Goliath. They are armed with digital slingshots.

Occupy raised a red flag after the Great Financial Crash but still we thought we could ignore the 99% and ride a rollercoaster back to “normality”. In truth, we stuck two fingers in their faces. What is happening in the US and has just hit the UK has ripped apart the notion of any return to that old normal. We must understand that much of this is of our own making – the angry product of years of half-truths and naked deceits, piled on social injustice, crippling austerity and a nasty disregard for the have-nots. We would do well to listen carefully and reflect beyond our own bubbles, before we rush to act.

Post Obama and Brexit, both Britain and America need better leaders for sure but not in some crass, jingoistic Churchillian sense. We need leaders who are not tainted by decades of division and decline, dressed up either in clichéd platitudes or dangerous lies. We need leaders who do not belong to the failed generation, or to closed party tribes.

What is the optimistic view, amid the chaos?

In Britain, we must find cross-party consensus among those who are prepared to ditch tribalism, careerism and self-interest in genuine pursuit of shared purpose and common good. Old party politics must be dismantled (another rallying cry from Trust Me, PR is Dead) and replaced with citizen-centric social movements that can focus on the Things That Matter – from disenfranchisement, poverty and inequality to climate change – and ditch the selfish political narcissism of recent years. Vision and optimism must replace cynicism among those elected to lead.The politicians who recognise this and step up to lead can rightly command significant popular support. They will also help close the contradiction and heal some of the wounds.

This civic renewal has to be matched with a clarion call – from both the top-down and the bottom-up – for systemic and electoral reform. This will enable new coalitions to form, cluster and evolve based on shared principles, values and ideas.

These coalitions will build and represent a new social contract between politics, citizens, civil society and business, too. Collectively and co-operatively, we can end decades of imaginative failure and destroy the PR machines that have descended into telling outright lies. There is a better, more progressive way and it is urgent now.

Robert Phillips is the co-founder of Jericho Chambers, a Visiting Professors at Cass Business School and the author of Trust Me, PR is Dead (Unbound, 2015). 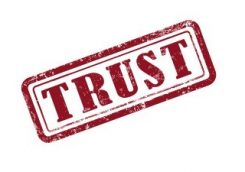