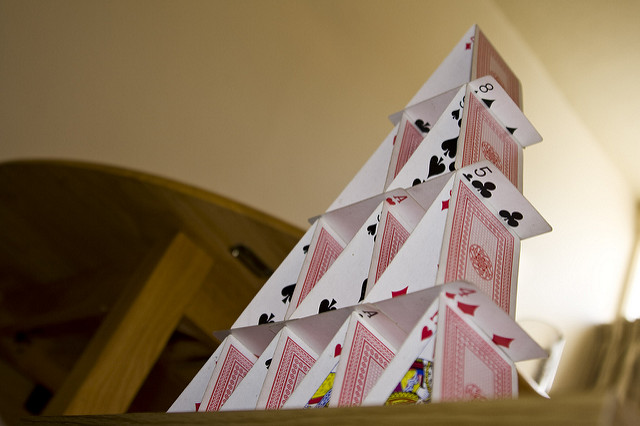 This article is based on a roundtable discussion entitled Fragility and Stability in the Professional Services which was convened by Jericho Chambers and Stifel on the 16 October 2018.

It is easy to forget, with all the talk about Brexit, interrupted manufacturing supply chains and lorry parks on the M20, that the service sector accounts for 80% of the UK economy. The high-end sector of the professional services market is an area where the UK has excelled in recent decades. Britain’s law firms, accountants, architects, surveyors, carry the country’s economy, not its fishermen. The NHS may be creaking more loudly than ever since its inception but Harley St and private medicine is in rude health. The financial services industry may have suffered reputational and monetary knock-back in 2008 but its pre-eminence in the UK business landscape is unquestioned.

Professional services provide the largest single category of employment in the UK at 11.5%. They also account for the largest share of UK output at around 8% of our total output or GDP. Significantly, UK professions were the largest contributor to the EU 27’s professional sector in 2012 creating 203.5 billion euros of value. (This has not gone unnoticed in Paris, Frankfurt, Milan and Madrid.)

So why the slight – not yet high – anxiety? How fragile are the professions in the UK at the present time? Have they developed sufficient “antifragility” which Professor Nassim Nicholas Taleb defines as: “a property of systems that increase in capability, resilience, or robustness as a result of stressors, shocks, volatility, noise, mistakes, faults, attacks, or failures.”

The roundtable began with two “provocations.” Paul Morrell is a chartered quantity surveyor by training. He was formerly senior partner at Davis Langdon but is probably best known as the government’s first Chief Construction Advisor or “Building Czar.” Morrell is a keen observer of the professions and has written widely on their current challenges including this article from the Jericho website.

Paul felt that it has gone well beyond the point where the professions can claim a privileged position for themselves – they are now being judged not by what they profess but by what they contribute. One cause of this is that the due deference that used to be given professional people is no longer a given. This applies from medicine, through architecture to the law. The rise of Artificial Intelligence is a significant cause of instability – if AI can do all the groundwork, he asked, what actually distinguishes a profession? What might the qualifiers be for entry-level positions in light of the fact that a body of knowledge, only accessible to members of a certain profession is no longer exclusive to those professionals? Their art is no longer secret.

Surely, this must mean, continued Morrell, that concentration on a code of conduct was required – a more thorough re-evaluation of both competence and ethics. A critical question for every professional should be: “What do you do when your client wants something done that doesn’t comply with your values or the public interest?” This isn’t to say that professions do not have a lot to contribute in terms of public value – the creation of buildings to address climate change in a coordinated way, for example. What role were professions playing in serving the public good?

Catrin Griffiths is a seasoned observer of the legal profession having been editor of The Lawyer, the leading publication in its field, for 18 years. She said she has seen a confluence of recent factors that has shaken trust in the legal profession. These included an explicit growing lack of trust in experts and a marked rise in the use of technology to replace human tasks. She felt a previously positive narrative has been replaced by something far more uncertain. “All this has crystalised fragility,” she noted, “And a more catastrophist narrative is growing.” She highlighted concerns about mental health due to stress and overwork among lawyers. (Fellow panel member Nigel Jones who was previously a partner specialising in intellectual property at Linklaters but now chairs the City Mental Health Alliance.)

However, it remains true that law is still an over-subscribed profession, although she wondered if this was because “this is more because new lawyers believe law to be well-paid rather than a profession with any meaning attached to it.” Meanwhile, however, she acknowledged, “the current model appears highly stable – law firms, especially those at the top, have never been richer.” But their relationship to wider society was growing increasingly problematic even if a number were actively involved in pro bono work.

Many questions need consideration, she said. Law firms need to ask themselves questions about their purpose. “Is it possible that they can ignore their own socio-economic role – the question here is whether a legal education should simply make you a servant to neo-liberalism.”

Several panel members agreed that among young entrants to the professions, not simply lawyers, the whole issue of purpose and contribution to the public good was a common theme. This applied, especially in accountancy. The whole question of the relationship between cultures of intense attention to client service. One noted: “ten years ago interns asked simple questions – how do we get to the gigabucks? Now I get asked what about the ethics of having oil and gas clients? What about some of these Russians? Our challenge is attracting and retain those who ask these difficult questions.“ Another panellist acknowledged: “we have failed to show how we serve the public interest and that is where anger comes in.”

Gareth Hunt of Stifel asked of the legal sector, “what is fragile about a sector where the net income margin is 33%?” The answer is more than meets the immediate eye. However, he noted that there were underlying concerns about fragility in the capital structures of law firms which might put partnerships under threat. “Associates have to buy in,” he said, “ And this is increasingly problematic as they are also often trying to buy overpriced London houses or pay large mortgages to keep them.” Some firms have run close to financial difficulty, as with pension obligations to retired partners but have managed to avoid much publicity about these problems.

Another panel member agreed saying: “the legal profession is not professionally run. Almost every firm is organized as a partnership but if you were to start with a blank sheet of paper when it came to organisational models it’s highly unlikely you would plump for the ‘amoeba-like’ construct of the partnership model. Each firm is different but preserving a strong culture is critical. Our culture is our most precious asset and we need to guard it like the crown jewels.”

Are partnerships doomed to become a thing of the past? It certainly puzzles some why more law firms have not taken the opportunity to convert to private limited companies rather than an LLP structure since the introduction of alternative business structures.  (This is permitted in the UK but not in the US.) Goldman Sachs was, after all, once a partnership. The individual lawyers themselves are the assets in the business – they either bring in the work or execute it. And those assets can walk out the door if poached. It has been argued that equity (in a shareholder sense) with share options would tie people into the business longer term. As well as giving the “squeezed middle” of associates with less and less chance of becoming partners, a more direct financial stake in the business.

The counter-argument is that there is still a huge difference culturally between a company and a partnership. In the latter there is much more autonomy in how lawyers work and in the more traditional partnerships there is very little in the way of the resentments that one sees in poorly run boss/manager relationships. Many lawyers like this. It is all very grown up. Financially also the partnership relationship is very direct when it comes to money and between how well the firm is doing and a partner’s compensation  – you get the profits and you can, therefore, benefit from upside – albeit in whatever share you are granted.

Members of the panel agreed that while partnerships enabled certain cultural strengths to be maintained day-to-day it was often difficult to get partners engaged:  “It is always far too easy to be distracted from thinking strategically about the future and the incessant pressure from clients to produce billable hours,” said one panellist. “Of course partners are important – they own the business – but their involvement can be superficial. They tend to avoid engagement in the firm as a whole.” Another contributor noted that “one often sees that partners agree on the necessity for change except in my part of the business.” There is certainly a widespread acceptance that experienced non-lawyers are often best at managing law firms.

When it came to changing firms it was thought there was a “permafrost” in the middle of the structure. In law firms, the number of women in senior management falls the further up you go. Some firms are addressing this by introducing a second tier, primary carer career track. This offered less intense hours – a factor for which the sector is notorious – and a higher degree of flexibility. New legal brands now exist where clients can access a helpline for a fixed monthly fee between 9 AM and 6 PM daily. “It’s the best thing we’ve done to keep women in the profession,” said one panellist involved in the project. One panellist mentioned a recent survey at an all-girls Cambridge college which suggested the main challenge of law firms for women was boing in an environment where you feel – “I’m in the wrong movie.” This was, the panellist stated, less a practical than a cultural problem.

The profession of law isn’t, of course, simply made up of solicitors. The growth of in-house lawyers and their considerable influence on the businesses they represent is having a wider impact on the values and contributions of law firms. There are barristers, as well and Malcolm Cree, the chief executive of The Bar Council was round the table. “Morale at the publicly funded bar is at rock bottom,” noted one panellist. “There is an acute crisis in the criminal justice system and legal aid. This is already impacting on the junior bar. The move away from publicly-funded work has meant that access to justice is threatened and that there simply isn’t access to justice for the vast majority of society.”

Lord Neuberger, former head of the UK Supreme Court, acknowledged as much when he said in one 2017 speech: “It is all very well for us to sing the praises of our legal systems, to congratulate ourselves on the high quality of our judges and lawyers, and to take pride in the popularity of the common law in international business. But we have a serious problem with access to justice for ordinary citizens and small and medium-sized businesses.”

Lawyers also appear to have a reputational problem when it comes to broader public opinion when compared to other professions. In 2018’s IPSOS Mori “Veracity Index” which asks “which professional to you trust to tell you the truth?” doctors scored 92%, teachers 89%, engineers 87% but members of the legal profession a mere 54%.

It was chaired by Matthew Gwyther from Jericho Chambers. 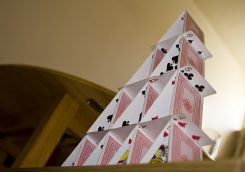