Buddy Steiner-Lawson, of Jericho Chambers writes his thoughts, one week on from the election.

The late hours of May 7th and early hours of May 8th were a tough time to be a Labour voter. It was the start of the election night’s coverage on the BBC and everyone knew what was coming at 10pm. Those exit polls were the Holy Grail for the night. Then as Big Ben struck ten, a decisive groan from one part of the room and a distinctly loud NO! from another. David Dimbleby had just read out what we all feared most, but hoped wouldn’t happen. It quickly became a night without hope.

As it turned out we were in for more than a bad night. The capitulation of Labour across the UK hit so very hard. I certainly did not expect to see Labour lose 29 seats. Like many, I expected a small increase. Any optimism that I had constructed over the preceding weeks of campaigning was direly misplaced. A naïve hope? Most certainly. And with polls pointing to a dead heat I should have curbed my enthusiasm.

But elections shouldn’t be about maintaining a cool, calm and rational face. Elections are about hope. And if hope of your future and that of others around you does not stir emotion and excitement, then those in power who run for election have failed us.

In this case, the Labour party failed us. Not just failed us, but wasted our time. After five years of supposed unity, the party is now back to a state of squabbling and factional warfare. What is needed is reflection and forward thinking – not immediately propelling the party back towards 1997.

Instead a party of the left should be about nothing more than hope. Hope that there is a better life for everyone, be it poor, middle-incomed and, god forbid, the rich too. Ed Miliband may have believed in that hope, but his failure to properly articulate an argument of fairness and equality had driven the undecided towards the phony aspiration on offer from the Conservatives. They can never truly be a party of hope; they only care for the constituency of the rich.

How Labour gets to be a party of hope again is likely to be a drawn out, lengthy process. But it has to start at the bottom. A process of inspiring hope does not come from a top down body of power but from ordinary people and activists who feel they are changing the world for the better, to make it fairer and more equal, whether that is locally, nationally or even globally. Jon Cruddas’s announcement of an independent review of Labour’s failure is most welcome. Taking in more than just the views of party ‘leaders’, we have to hope that such a process can point the party in the direction it needs to go, not where it has been previously.

Labour can’t win another election on the battlegrounds chosen by the Tory strategists. But it can chose its fights wisely and win a war with hope. Right now we need to find that hope, and quickly, because the coming years will certainly be dark and full of fear. 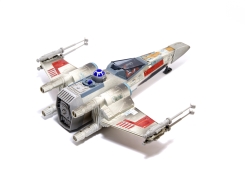