Corbyn is hugely popular but the spirit of our age is digital and collaborative. Pluralism and progressive alliances are vital if the party is to own the future.

No one saw the Labour revolution coming. Not even Jeremy Corbyn. From nowhere new life was breathed into an old party. But with the Tories digging in for a long haul to the next election, next week in Brighton Labour has a choice: to stick or twist.

What makes Corbyn special is that he has stuck with everything he ever believed in. But his strengths are also his weaknesses. We have to remember why social democracy lost its power. Yes, the idea of free markets chimed with a more individualistic age, but a lack of responsiveness and heavy doses of paternalism made state socialism unpopular.

Labour now needs to make four big changes if it is to own a very different political future.

Unlike the top-down social democratic settlement of the last century, 21st-century socialism will be participatory.

The first is cultural. The party and its supporters can and must fight many things. What it can’t fight is the spirit of our age. That spirit is networked and collaborative. Unlike the top-down social democratic settlement of the last century, 21st-century socialism will be participatory. The grassroots Momentum movement has demonstrated what is possible.

If it’s to own this emerging future, then Labour must become democratic and pluralistic. This means tolerance of others inside the party and renouncing the first past the post electoral system once and for all. The complexity of the modern world demands an equally complex governance response. The idea that Labour alone can deal with the coming of the machine age, global finance and climate change makes no sense. And while “one more heave” might just get you into office, it leaves you as far from real power as ever.

Pluralism is the only way to create the progressive alliances needed to overcome the regressive alliances that will inevitably and forcefully do everything to stifle Labour’s radical agenda. Whether the party will make the shift to support proportional representation is the litmus test, for this would show it trusts the people, treats them all equally and is willing to forgo a closed tribalism for the greater good.

Next, Labour must fully embrace environmentalism. Climate change, as we now see daily, hits the poorest first and hardest, while a culture of turbo-consumption stretches the bonds of social solidarity to breaking point. If Labour’s goal is 77-inch televisions for the many, not the few, it will lack the vision for a good society and help destroy the planet. Instead, Labour should promote a shorter working week and a universal basic income.

Finally, Labour must become part of a global movement for change. Yes, Corbyn is often brilliant on international solidarity with the poor and the persecuted – but we need a global network of ideas, parties, movements and eventually institutions that can regulate financial flows, deal with climate change and reverse global inequalities. Building global relationships, institutions and regulations will be tough, but is feasible in a networked society.

Full article is originally published in The Guardian and available to read here.

Neal Lawson is a partner at Jericho Chambers, chair of the pressure group Compass, spokesperson for the Progressive Alliance, and author of All Consuming. 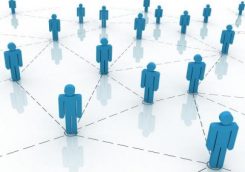