2016 was not a good year for liberal cosmopolitan elites, for experts or the politically correct.

Claims this week by American comedian Tom Arnold to have film of President-Elect Trump casually using the N-word, were met with resigned horror but also an acknowledgment that to surface them prior to November’s election would not have helped the Clinton cause anyway. “I think they would have liked him more, the people”, Arnold is quoted as saying.

We can already see the dog whistle clamped in the mouths of many politicians and a few business leaders, too. They ask “what can we learn from what’s been going on?” – but this can be interpreted in two ways. Either as a genuine appeal to listen and learn (to “just try and understand the country we live in”, to paraphrase economist Paul Krugman) but alternatively as new leader-speak for “I want to be a populist, too” – delivering campaigns rich in Trump-style emotion and exaggeration but light on facts or even truth. For some, it is now chic and acceptable to be a populist.

Meanwhile, in the make-believe land of PR messaging workshops and corporate “blue sky days”, some may even see the occasional Trump, Johnson or Farage riff as a “new gold standard” in rousing, motivational presentation style. Trumpism (or “doing the Donald”) is in danger of becoming a genuine communications meme. Certain high-profile Labour Party politicians are already practising it. Take immigration: for some, long-held principles count for nothing in their chase for electoral viability.

Trumpism, Faragism (call it what you will) does not, as lazily characterised, represent a descent into fascism. These men’s unpleasant bigotry is no doubt real. And there are occasional, worrying shades of the 1930s – eloquently captured in Chris Deerin’s powerful piece on Stefan Zweig’s mesmerising 1942 autobiography The World of Yesterday. Our own “golden age of security” has passed and “civilisation is a more fragile thing than we care to understand”. This is our world of today.

The rise of 21st century populism is entirely explicable – a thirty-year seething anger and injustice at last finding expression and voice beyond the palpable vacuum of leadership created by what Thomas Piketty called an “explosion of inequality”, married with cookie-cutter, message-drone politicians and CEOs, failing to address the substantive issues.

The dangerous world of today is the activist response of an anxiety-ridden society – “a cry of anger by people who felt abandoned by their leaders”, as Stephen Hawking puts it. It is not simply an American Rust Belt or Brexiteer phenomenon – cries echo through the streets of Macclesfield and Manchester, Milan and Munich, Manila and Madrid. Anxiety is a legitimate and real emotion – it is not necessarily racist or xenophobic. It is patronising to demonise it as such.

It gives me little comfort to have been an early caller of trends and axioms that were, only three years ago, dismissed by critics as nothing more than alarmist, leftist fantasy. The warnings of leadership vacuums in business and politics, the descent from spin into half-truths and now post-truths (otherwise known as lies), and the corrosive impact on public trust were well charted in Trust Me, PR is Dead and in articles since. Clever communications, having been considered by many as the solution to every problem at the turn of the century, had in fact become the problem itself. As technology marched onwards, networks destroyed hierarchies and the world remained wilfully blind to the wake-up call of the 2008 crash and the message of Occupy, revolution was inevitable. The world needed actions, not words.

I argued then – and believe even more vehemently now – that smart leaders of tomorrow should themselves be the revolutionaries. An asymmetrical and activist world demands asymmetrical and activist leadership; public leaders should actively embrace complexity and dissent; transform old, rigid, super-tanker organisations into open and adaptive social movements; and make themselves vulnerable and accountable to the many, not the few; to campaign together, in new and sometimes surprising coalitions, for public value and the common good.

This is no longer alarmist fantasy (it never was). It is what all of us urgently need to do in 2017 if we are to salvage good from the prevailing darkness. Activist public leadership should form the basis for our communications, leadership and trust in the world of tomorrow. 2016 may have been a year of activism with anger but it will count for nothing if it is not also celebrated as a year of listening, learning and understanding.

The vilified cosmopolitan elites – experts, the politically correct and myself included – desperately need to find new means of expression and language. Our arguments have failed us and our passion appears insincere. The late, great Tony Judt wrote in Ill Fares The Land that the case for social democracy has never gone away – but we social democrats have forgotten how to make that case. Judt’s words, like those of Stefan Zweig, have haunted me for most of the past twelve months. Without language, our voice – itself threatened by the tyranny of the majority – counts for nothing.

Pankaj Mishra’s forthcoming book Age of Anger calls neo-liberalism “a market-centric hybrid of Enlightenment rationalism and 19th century utilitariansim.” I sympathise with Mishra’s concerns around obsessive market fascination but, equally, I am proud to be an enlightened rationalist and utilitarian. I cite Robert Owen as one of my heroes. It troubles me that these good terms are themselves now questioned. Together, we need to find better popular expression for good reason and public good.

So, we all need to be activists now. None of us can afford to be onlookers or walk on by. Those close to the heart of organisations – communicators, especially – carry specific responsibility. For many years, I have taken issue with the Chief Communications Officers of major corporates who happily describe themselves as providing the “moral conscience” of the organisation. This is entirely wrong, just as bullshit CSR is little more than an excuse for the corporation to shed its proper responsibilities elsewhere. No-one can out-source conscience or ethics.

Leaders, and those who advise them, must find the moral courage to do the right thing in the context of the greater, public good – or they are not leaders at all. Courageous leaders will need to step outside of their organisational norms (and their echo chambers) to drive change for good – even if that means swimming against the tide of populism and resisting all temptations to “do the Donald”.

Moral courage & the crisis of trust

As 2017 approaches, the much-vaunted crisis of trust remains an absolute crisis of leadership.

“We are all children of the Greeks”, Judt reminded us. Plato’s four cardinal virtues continue to provide the framework for ethical, trusted leadership: wisdom and tolerance, justice and courage. Of these, perhaps the greatest is courage.

“Without courage”, wrote Maya Angelou, “we cannot practice any other virtue with consistency. We cannot be kind, true, merciful, generous or honest.”

These remain fragile and uncertain, even dangerous times. “To live in freedom”, suggested de Tocqueville, “one must grow used to a life full of agitation, change and danger”.

2017 will no doubt be a year of agitation, change and danger – but we have to embrace this with optimism and hope, not cynicism and despair. We need individual, collective and corporate activism for good, not activism for anger. We can each be the change and be the revolution. 2016 was undoubtedly the Year of Yesterday. 2017 desperately needs to be the Year of Tomorrow. Negotiations start now.

Robert Phillips is the author of Trust Me, PR is Dead (Unbound, 2015) and the co-founder of Jericho Chambers. He is a Visiting Professor at Cass Business School, University of London.

This is the first of three articles exploring 2017 as the Year of Tomorrow. 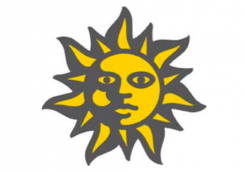