“Forget your perfect offering”, wrote the poet Leonard Cohen, “there’s a crack in everything … that is how the light gets in”.

2016 was not the perfect offering. Cracks were plain for all to see. Democracy under threat; maybe in crisis. An anxious world.

We may not have reached the bottom yet. We share a collective responsibility in 2017 to escape the darkness, to rescue hope and optimism from cynicism and despair. Words are not enough. Actions are urgently needed. Together, we can make 2017 a year of tomorrow – and let the light get in.

The fight for truth

Fake news helped shape the global agenda in 2016 and there is more fakery to come. It is no accident that Post-Truth was named word of the year by the Oxford English Dictionary –when politicians legitimised lying – from the Brexiteers’ baseless promises on funding for the National Health Service to Donald Trump’s extreme views on Mexicans and Muslims. The excuse that this was simply an appeal to emotion should hold no sway. Leaders have a responsibility to deal in facts, not fiction, however much fiction and populism might seduce. Accountability to the truth is fundamental.

In a recent survey, 75% of Americans believed the fake headlines perpetrated by seemingly responsible media titles and platforms. In one case, this led to an armed threat on a Washington pizzeria named in a conspiracy theory surrounding Hillary Clinton. Fakery is not funny.

Fake news is not, however, the sole preserve of the conspiracy theorists at Breitbart or Macedonian entrepreneurs. Concern extends to the (ironically) much-castigated Mainstream Media, whose rush to board the populist bandwagon remains as irresponsible as it is disingenuous. “Enemies of the People” screamed the Daily Mail headline in an attack on the judiciary – the very institution that exists to protect we, the people, against the extremes of executive power.

Meanwhile, platforms including Facebook, Twitter and Google re-shape truth itself through self-serving algorithmic excuses. They allow hate to flourish on-line and are at best lukewarm in their active response. What kind of world is it that allows Google to profit from Holocaust deniers?

Leaders – and especially those of us in communications – must call bullshit on bullshit media, including the permanent withdrawal of advertising dollars. We can all understand algorithms and irrationalism but that does not mean we have to accept them.

Those of us who lose arguments or even elections (“Remainers” and Democrats included) do not have to lose voice. When we disagree, we must speak-up together against the tyranny of the majority where it surfaces. We cannot allow people who lie, bully & deceive to silence dissent.

The PR advisory industry has for a generation over-zealously celebrated “speaking truth to power” but its actions have been mostly flaccid. Anyone perpetrating fake news in PR or in the media should be called on it publicly.

Fighting for truth is the first way to let the light get in.

An eco-system of enlightened networks

How to address the rising tide (tsunami?) of Post Truth populism?

Meeting mass populism with a mass response may no longer be the best way to let the light get in. Big public rallies and marches will be good for headlines but may not effect change, however tempting it is to take to the liberal barricades.

Instead, each one of us needs to find a personal passion and commitment point and convene activist groups around us – not just a bunch of people who immediately agree but instead a collective committed to find enlightened solutions. There is no need to pre-determine answers – the journey towards the light is just as important. Disagreement should be invited into the collectives. Smaller, tighter networks will help build greater trustworthiness among participants and focus on answers, not problems: together for the common good.

Parliamentarians take note: this is a potential way forward – argued three years ago in Trust Me, PR is Dead – for famous but fractious broad churches and an opportunity to break out of locked-in cycles of untrustedness. Politicians need to find the bravery to step beyond traditional dogma. Progressive alliances are welcome – but we should also be prepared to accept what some will see as non-progressive alliances. We need systemic change, not just change to support the cosmopolitan “elites” at a particular moment in time.

These new networks can cluster around critical issues – healthcare, education, jobs, skills, affordability, shelter, the refugee crisis, climate change, the circular economy, Europe. Take your pick. Join one or many. Ask yourself what you can do and how you can participate – as Blueprint’s Loughlin Hickey has urged, move from by-stander commentator to committed activist. It can happen in the workplace or closer to home. Or both. Be the change, don’t just report it.

In this context, micro becomes the new macro. This will need new eco-systems to develop – a progressive connectivity – to support and amplify those seeking to let the light get in. The fourth industrial revolution of digital can prove itself as force for good – creating sharing, social platforms for those committed to the common good.

Establishing both the clusters and the platforms for progressive people to connect is, for me, a key challenge for the year ahead. It is the second way to let the light get in.

These networks need to be human not automated, just as the workplace needs to be human, too. Let the light get in by championing human potential in 2017 – do not accept the inevitability of automation and the commercial lust for “financial efficiency”. Do not let the bean-counters win.

Challenge the measurement of everything. To borrow from Robert Kennedy, “we measure everything except that which makes life worthwhile” – creating false gods and bad worship around everything from education league tables to GDP. More often than not, we do little more than force a series of races to the darkest of bottoms.

2017 should be a year that celebrates accountability over measurement and human value over shareholder value – a humanity rooted in the cardinal virtues of wisdom and justice, tolerance and courage. Strategies co-created with employees, customers and stakeholders (real people) generate more creative ideas, build resilience and reduce risk – in other words, human value delivers real business advantage.

Nowhere is this battle for the human more important than on the subject of “purpose”. Purpose itself is human and comes from the heart and soul. Purpose is not there to be delivered by whizzy marketing consultants or bought off the shelf. Words like “integrity” mean nothing if they come from an advertising agency.

We must re-affirm our belief in the best in and of people. And the organisations they co-create must give everyone a right to participation and voice. This is democracy at work versus democracy in despair.
Realising human potential is the third way to let the light get in.

Angelou was of course borrowing from Samuel Johnson – as my friend Stefan Stern reminded me. “Courage”, wrote Johnson, “is the greatest of all virtues, because if you haven’t courage, you may not have an opportunity to use any of the others.”

Conventional wisdom (whatever that now means) – especially in business – tells us to mitigate risk, avoid vulnerability and silence dissent. Courageous leaders will take the opposite path. They will be more trusted for doing so. They need to put their heads above the parapets because, let’s face it, their heads are getting shot at anyway. This means eschewing platitudes, sharing sometimes uncomfortable truths, making choiceful decisions and stopping the stream of soundbites. It means being sometimes unpopular but always powerfully honest.

The cowardly alternative is for leaders to entrench or retreat. But this is no alternative at all. 2008 was a pivot point, after which no-one really listened and no-one really learned. 2016 was a pivot point with no turning back. Last year, the world moved beyond the conventions of business-as-usual, tired Harvard Business School doctrines and exhausted 20th-century democracy. Courageous leaders will embrace what is now a chaotic and uncertain future. They will be challenged – but they will also inspire.

An absolute commitment to courageous leadership is the fourth way to let the light get in.

Robert Phillips is the author of Trust Me, PR is Dead (Unbound, 2015) and the co-founder of Jericho Chambers. He is a Visiting Professor at Cass Business School, University of London.

This is the second of three articles exploring 2017: The Year of Tomorrow. The first was published on December 22 2016. 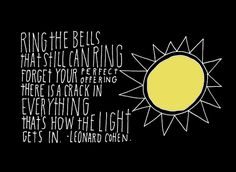