Today, a man who has never held public office became President of the United States of America. He has been declared bankrupt on a number of occasions. He is the first President of the United States in recent history who refused to release his tax returns. Recordings of him have showed him up unequivocally as a misogynist, and more than a dozen women accused him of sexual assault or inappropriate sexual conduct.

And now we call him President Trump.

Experts say the policies he’s been elected on are all but impossible to put in place. Mexico will not pay for a wall to be built. There will be no ban on Muslims entering the US. Hillary Clinton will not be prosecuted over her email server.

But for now, none of that matters. Welcome to the post-truth, post-trust crisis, heralded by Brexit and reinforced by the US election. The average person with a smart phone has access to more technological power and information than NASA did when they put a man on the moon, but instead of creating a more knowledgeable society, this abundance of information has led us to create silos; each man and women finding the media outlets and social groupings that reinforce their beliefs and surrounding themselves with them.

It’s a worrying time for those who believe important decisions should be made based on evidence; that facts still matter.

Public Relations has had a part to play in creating this mess. While admirable steps have been taken in the recent past to distance the industry from our spin-doctor forefathers and embody the spirit of transparency, it’s undeniable that communications plays a part in the problem.

In a recent essay titled Post Truth, Post Trust, Post PR: The crisis of trust is a crisis of leadership, Robert Phillips, former EMEA CEO of Edelman argues that in the aftermath of the 2008 financial crisis, institutions didn’t change. Rather than adapt to a climate that demanded fairness for the 99%, an ethical approach to business and true leadership, orgranisations relied on clever messaging to continue masking problems that lay at their core.

He said: “Clever communications was being used to prop-up bad leadership in business and politics – thereby fuelling the crisis of leadership and, in turn, the crisis of trust. We thought we could spin our way out of everything, even if that spin was only lightly or innocently applied.”

In other words, successive governments and business leaders have ignored the needs of the people who prop them up for too long. They have reneged on the social contract we were raised to believe in that says “If you work hard, you can have a better life than your parents did.” There is an unprecedented level of mistrust in institutional power, and a palpable sense of anger among working class and lower middle class people. This is as true in the old industrial towns in England as it is in America’s rust belt, where once any man willing to work a long day in a mine or on a factory floor could be sure to feed his family.

Politicians, rather than taking responsibility for their role in declining economies, from poor governance of financial institutions to failures in adapting to globalisation have instead chosen classic misdirection. Those who hold power in the world’s largest public and private sector organisations continue to evade accountability by distracting us with an endless series of straw men: Syrian terrorists, Mexican rapists, Sharia Law.

Donald Trump and Nigel Farage have taught us that in an era of shortening attention spans, emotion trumps facts, logic and rationality. Who has the time to fact-check? If it feels true, believe it with all your heart. After too many years of spin, authenticity is intoxicating to resist; Hillary Clinton was undeniably the more qualified candidate, but Donald “tells it like it is”. His Twitter wars may be inane, but they’re real, and we would rather hear ugly, true-held opinions than pretty lies.

Canny Public Relations professionals will have learned a lot from this election. We now know with greater certainty than ever before just how powerful the tools of emotion and nostalgia are, and that simplicity combined with repetition garners results. Repeat “Hillary Clinton is evil” often enough and over time it becomes ingrained in people’s psyche, even if they can’t answer the question “Why do you think that?”

This leaves the industry with a choice to make.

We can lean in to spin. In the post-truth era, it is unquestionable that there will be money to be made by doing so. Unless governments and business leaders change their ways, we will have greater freedom than ever to stretch or simply ignore the truth.

On the other end of the spectrum, Robert Phillips proposes a radical post-Public Relations model of leadership.

He says: “The corporation of the future should look less like a traditional hierarchy and more like a social movement, within which the CEO needs to think and behave like a social activist… This means being citizen-centric and society-first, re-setting the consumption fetish of the late 20th and early 21st century. The activist Public Leader negotiates and enables – and does not impose. Aristotelian values of Truth, Wisdom, Justice and, above all, Courage prevail.

“I have long argued for the ascendancy of profit optimisation over profit maximisation and for a longer-term focus on purpose and not just profit – challenging Milton Friedman and his Thatcher/ Reagan disciples, where the only responsibility of business is to maximise profit for a small group of shareholders. We need to mutualise more. Achieving this also demands activist business leadership.”

On a morning like this, Phillips proposal looks hopelessly optimistic. Governments, organisations and Public Relations companies, whose very survival seem to depend on resisting this call, will be slow to pick up the gauntlet he has thrown down.

But that is not the end of the story.

The people of middle America and Little England turned to Donald Trump and Nigel Farage as a desperate protest against years of empty promises. When our new anti-heroes are found wanting, perhaps we will have truly hit rock bottom, the post-truth philosophy will become less attractive and Phillips’ model will look less radical. 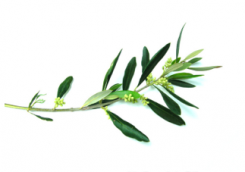