The big C. It used to be as unmentionable and undesirable as the truly scary medical namesake. But Coalition has now entered the lexicon of political-speak, no longer as an unthinkable, but an inevitable result of this never-so-unpredictable UK election.

The days of winner-takes-all, first-past- the-post, all-or-nothing government are over.

It’s the new sharing (if questionably caring) style of government that will have to be the new norm in response to the democratic forces that are swirling in Britain. And it is who-will-woo-whom – the political Tinder – that is chatter of the pundits as we count down.

If Coalition means a majority of citizens get some of what they wanted, rather the minority getting it all and the majority nothing, is that a problem? A bit of give and take, listening to another point of view, finding a middle way, seeking consensus rather than an outright victory?

It’s all a bit Continental, foreign, female in approach, not the red-blooded, Westminster confrontational-style that the Mother of Parliaments prides itself on. But the public are fed up with that. They are turned off by the laddish, bear- pit behaviour of scorn-ridden personal attacks and point-scoring. They are demonstrating it at the ballot box and just listen to the disdain of some newly- elected MPs after attending their first Prime Minister’s Question Time.

It won’t end here. As the concept of parity of influence and representation in geography, gender and identity seeps into the political consciousness of the voters, the next step has to be the voting system and, dare one say, constitutional reform. It can’t be far off.

It is ironic that, as the UK distances itself from Europe, it is nevertheless adopting its style of Continental European politics. The Continentals have disrupted and ultimately overturned their entitled incumbent elites through Revolutions. Let’s hope the British equivalent is bloodless. 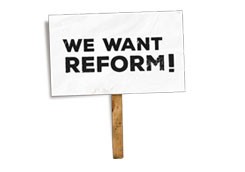