“Bad” behaviour on tax, prosecuted by both state actors and major corporations, is frequently cited as one of the main reasons for the erosion of public trust in government and, more specifically, business.

Fuelled by significant scandal and a story-hungry media, a legitimate and overdue debate on tax has become increasingly polarised, divisive and febrile and, frustratingly for many, sometimes ill-informed. Stereotyping and imputing motives to opponents often wins over dialogue and an examination of the facts: a mutually assured destruction approach to trust, via tax.

It does not have to be this way.

Tax remains the entry fee we pay for a civilised society. We all know that without tax, there would be no public assets like schools, health systems, transport infrastructure and social welfare. Of course, we can debate the size and efficiency of the state; but few would deny that tax is part of a social contract. Ideological approaches to cutting, or increasing, tax simply erode the already fragile state of trust in institutions.

A more thoughtful approach to tax can directly address this fragility.

“Tax”, as KPMG’s global Head of Tax, Jane McCormick notes, “is a legal duty but also has a moral dimension”. This belief underpins the Responsible Tax project, piloted in the UK in 2015/16 and now operating globally. The moral dimension is also fundamental to re-thinking tax in the Ex’ Tax context, precisely because it speaks to the questions of what is right and what is fair – and how responsible tax supports the common good.

“Common good” is a much-maligned term and too often weaponised in a political context. Yet it finds its roots in Tomasian thinking of the late thirteenth century, which itself was an update on Classical Greek philosophy about what is fair, what is right and what is good. Just as the Athenians went in search of eudomonia and a flourishing society, so the world today remains vexed by the same questions. Everyone is still searching for purpose, good and meaning.

Commentator Martin Wolf, writing in the Financial Times in June 2017, traces the roots of the current surge in political populism to the fundamental issues of injustice and inequality. The sense of division has intensified since the 2008 Financial Crisis, accentuated by the many scandals – and the lack of redress – that ensued. Again, we witness an in-virtuous circle: the failure to address root issues (tackling questions of common good), leads to an “us and them” mentality, a surge in populism (whether left wing or right wing) and this eventually translates into bad government. Bad government then delivers poor decision-making on taxation and elsewhere – feeding emotion and sentiment but failing on policy substance and genuinely progressive change.

Responsible tax thinking, by contrast, places the wellbeing of all – citizens and society – first. This is why it speaks to the common good agenda. Conventional theory sees tax as re-distributive; a funding source for public assets; and an instrument in correcting market failure. All this holds true but the imaginative step beyond this recognises a wider role for tax: protection of natural resources and the mitigation of climate change (two of the biggest issues of our time), social inclusion and support for the developing world. Tax strategies and policies that address these issues are therefore not only responsible but de facto trust-builders. Responsible tax is championed through responsible leadership and thus responsible business.

This speaks, in essence, to the primary purpose of tax – for the benefit of all – or, to borrow a phrase from Catholic Social Teaching – for integral human development.

This is why Ex’ Tax thinking is exciting and important. Starting with the purpose of tax, we could ask if better policy could – for example – address the core challenges as laid out in the United Nations Sustainable Development Goals

Goal 17.1 refers directly to taxation by calling for “strengthening domestic resource mobilisation”. Goal 8, “Promote sustained, inclusive and sustainable economic growth, full and productive employment and decent work for all”, indicates that in strengthening the tax system it should both be both business friendly and redistributive.

The options, strategies or methodologies, though, are not straightforward. On the one hand, increasing tax on the extractive industry will advance Goals 12 and 13 and potentially increase revenues in developing countries. On the other hand, there are concerns about over-dependency on natural resource taxation – because of de-incentivising tax collection elsewhere, making the tax take dependant on commodity markets, and potentially facilitating corruption. Furthermore, the extractive industries create significant jobs and so should not been seen just as cash cows. Tax regimes should give room for appropriate relief on capital expenditure and losses in areas where significant upfront investment is required to support sustainable development.

Organisations including the OECD and United Nations plus UNESCO, together with campaigners including Christian Aid, Tax Justice Network and a range of academics, have examined the issues from multiple angles, ranging from financing education to the challenges of adequate GDP growth. There is a vast swathe of technical data and analysis to support these many valid arguments. The data is important, as is the scenario-planning and optionality that accompanies it. But this represents Stage 2 in the process. The initial step forward is the one that embraces common good and the responsible tax thinking that underpins it. If we cannot put the wellbeing of citizens and society first, then all else fails and trust will never be regained or restored. We will then have only ourselves to blame.

This article is a blogpost by Chris Morgan, Head of Tax Policy, KPMG. Originally published on the Global Responsible Tax website. 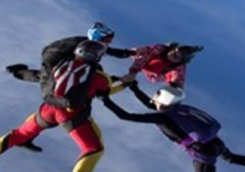