The genesis for Trust Me, PR is Dead – and subsequently Jericho Chambers – is traceable to a conversation with Cass Business School’s Professor Cliff Oswick in spring 2012.

Cliff was struck by my work on the inevitable consequences of heightened employee activism and the energy it would unleash. At the time, Occupy was camped outside St Paul’s. Their tents were never going to be enough to properly address the issues of our time: the fragility of trust; an emerging power vacuum between leadership elites and the people; ugly and growing global inequality; a burning planet; an impending reaction against free market economics and post-Crash capitalism.

Both in politics and business, those nominally in control were paralysed within failed leadership models, not actually knowing why they needed to change. Woefully disconnected from the needs and hopes of civil society, critical issues were ignored. Courageous and just leadership, steadily eroded over the previous five decades, had all but evaporated – replaced instead by cosmetic policies wrapped in facile sound bites made by cookie-cutter leaders.

Such was the manifestation of old power and its imaginative failure.

Occupy’s tents were powerful totems for brooding, later surging, popular discontent. Lacking the discipline to properly organise and mobilise, Occupy was a signifier of what emerged, in under five years, through the likes of Donald Trump in the US, Marine le Pen in France or Jeremy Corbyn in the UK. These people could organise and mobilise. You didn’t have to be a visionary to see this antiestablishmentarianism coming: it was axiomatic.

The old power elites should have realised then that the game was up, but they remained wilfully blind. Global capitalism was (and still is) not working for the common good. Put simply, the pursuit of power over the common good clouds judgment and leadership in the public interest.

The old order clung on in forlorn hope that the world would once again turn its way, occasionally cheering itself up by hanging out at Davos or, in the corporate world, painting lipstick-on-pig CSR initiatives. But its hopes faded and failed. Rightly, the old order has been found wanting, though still feigning shock, surprise and outrage at Trumpism and its manifestations elsewhere.

Conversations with Cliff four years ago – important staging posts on the road to Jericho – emerged as a chapter in my book, on the death of leadership itself. The two of us began to think instead about the twenty-first century leader as social activist and the corporation or organisation as social movement – better ways to seek legitimate purpose and earn trust.

Conventional thinking around charismatic, servant or distributive leadership will not work in a world of crumbling hierarchies, where authority – now a rented space – is constantly challenged and scrutinised by the convening power of networks of shared interest, accelerated by the march of technology. A new form of generative dialogue offers a progressive alternative. Co-produced, adaptive and evolutionary systems –developed with “wise crowds” – better represent the 99% and slay the myths of imposed solutions from above.

PR is dead, not because I quit my previous career, but because PR is part of the old-world power problem. Falsely manicured, happy endings, dictated on the terms of political or business elites, are not the answer. The truth will always out. We need look no further than the Panama Papers or Volkswagen. The public leader voluntarily radicalises honesty and transparency before the truth exposes them in any case. They make themselves accountable to citizens and society first. Ceding control like this of course takes vision and courage – but then these are supposedly the characteristics of true leadership.

This belief in relinquishing power and control runs to the heart of the Jericho proposition. New, open processes are emerging, in which leaders accept the messy chaos of the real world, recognise they are no longer in control and actively embrace dissent. Those who constantly bang on about trust fail to understand that greater trustworthiness is secured through demonstrating reciprocal vulnerability – intelligently placing and intelligently refusing trust – and accepting that no-one has all the answers (if ever there is actually an answer at all). We have to disrupt ourselves, old power structures and half-a-century of imposed Business School “wisdom” if we are to navigate a better future.

That future, to paraphrase my Jericho colleague Neal Lawson, can only be negotiated, not imposed. Another colleague, the brilliant author Margaret Heffernan, advises that the bigger prize lies in collaboration, not competition. Together, we must give real voice and participation to citizens and civil society. This fundamental humanity – together with a fairer distribution of power – lies at the heart of a better, future capitalism and organisational design.

Robert is the co-founder of Jericho Chambers, the author of Trust Me, PR is Dead (Unbound 2015) and the co-author of Citizen Renaissance (2008). 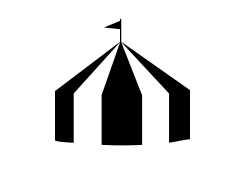