The legal profession is walking a reputational tightrope. Seven strategies for getting to the other side. 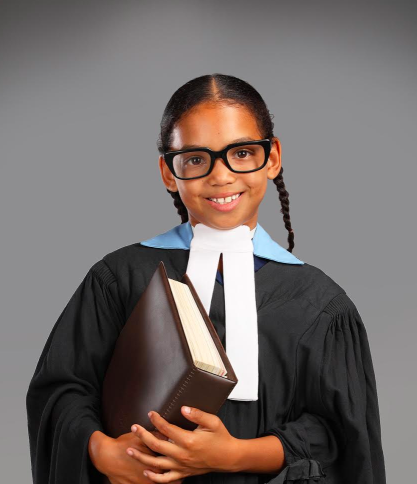 Football fans are familiar with the chant of Millwall FC: “no-one likes us and we don’t care”. It’s been sung with pride since the 1970s. The same mantra might be applied to lawyers – envied by many, but disliked in equal measure.

A 2014 Princeton survey ranked lawyers alongside prostitutes on trust. The study, mapping competence against empathy, makes uncomfortable reading. Its author Professor Susan Fiske noted: “if lawyers would like to stop being seen as cold, ruthlessly efficient machines, they should pay the same amount of time to their social interaction with clients as they do their billable hours”.

Harvard Professor Frances Frei concurs, seeing empathy, along with authenticity and logic, as one of three cornerstones of trust. When people have an “empathy wobble”, she argues, they’ll have a “trust wobble”, too. However logical or powerful their arguments, a lawyer’s lack of empathy will be their trust undoing.

On-the-meter charging has dogged the profession for many years – subverted, at the other end of the spectrum, by the significant shift to contingency fees and “payment by results” and with no clear way out of the conundrum via a fixed-fee alternative. The taxi driver analogy works, too, when considering the historic “cab rank rule”, whereby barristers (in the UK) are obliged to take the brief offered.

When it comes to trust, two forces clash head-on. If money becomes the primary driver or when private interest is pitted against public interest, trust scores understandably dip. There are – in trust terms – irreconcilable tensions and should be recognised as such.

Professor Laura Empson, author of the excellent “Leading Professionals: Power, Politics & Prima Donnas” identifies a 25-year drift away from “integrity” and towards “excellence in client service”. A set of London barristers was recently discussing the wording for their website: some argued that it should champion their deep legal skills and professionalism, while others wanted to emphasise brilliance at delivering for clients. Great client service – described by the American Bar Association as “the new normal” – may support higher revenues but it does not necessarily result in increased trust. “Serve the law”, Empson observes, “and you serve the profession.” Professional integrity and commercial reality may therefore never be easy bedfellows.

The client service that Russian oligarchs, their organisations and their money have enjoyed in London over the last two decades has been remarkable. The UK legal profession has prospered not just on floating Russian companies but also in arbitrating major and minor disputes on commercial, defamation and matrimonial issues. Russian citizens may feel they get a fairer hearing in front of British judges. But a perceived lack of squeamishness about what many see as following the money has brought understandable criticism elsewhere.

Linklaters, one of the UK’s top partnerships, was recently singled out over its work on deals involving Russian companies close to Vladimir Putin. The Foreign Affairs Select Committee said others should now judge whether the firm had become “so entwined in the corruption of the Kremlin and its supporters that they are no longer able to meet the standards expected of a UK-regulated law firm.” Linklaters declined to appear before the Committee that levelled this charge.

Of course, not all lawyers are the same, either by practice or geography. We need to caution against lazy language, crass comparisons and dodgy data. The trust scores attributed to Magic Circle corporate lawyers are likely to contrast considerably to those given to Human Rights advocates, juniors at the criminal defence bar scraping by in regional criminal courts or those pitching battle in county courts over party wall claims.

There is also something to be said for the relationship between trust and transparency. 81% of the UK general public finds lawyers “opaque and intimidating”. 87% of the UK legal profession thinks the same. Unfortunately, transparency, like trust, is another simple word for a complex idea.

In the UK, data tells us that judges (80%+) are twice as trusted to tell the truth as “lawyers” (mid-40’s in percentage terms). This makes little sense. Judges are legal professionals, after all – however much the Daily Mail screeches that they are “enemies of the people”. Chances are, the trust score here again diverges because of the cash factor. Judges, at a guess, are seen to be “above” grubby money-making. They are elite salarymen and women. When it comes to trust, moral and ethical principles count, however perversely the public chooses to articulate that morality.

Morality remains a thorny issue for lawyers. It is woven through the system at every stage but is frequently ill-explained or obscured by either process or personality. As one barrister commented: “laws themselves have a moral dimension and lawyers have to apply those laws ethically and judges required to apply them in accordance with legal principle.” This is perhaps easier for a practising lawyer to articulate, than for the average person on the Clapham Omnibus to understand.

The picture is not the same globally because systems are inherently different elsewhere. In Germany, for example, judges and lawyers are trusted pretty much on a par. The same applies in the Netherlands. OECD data ranks the UK close to the Netherlands when it comes to public trust in the judicial system, at 63%. In the US, this number falls to 43%. It is lower still in Portugal and elsewhere. As I have argued elsewhere, on these terms, the search for “more trust” in broad-brush terms may be meaningless. Lawyers, like other professions, should focus on trustworthiness instead.

Trustworthiness has practical and ethical filters: competence and reliability; honesty and benevolence. The trustworthy professional must demonstrate – and be accountable – to all four of these behaviours.

Above all else, though, one word stands, like a Millwall battalion, between lawyers and “trust”. That word is “sorry”.

The legal profession’s inability to allow its clients to just say a “proper sorry” means that it will probably languish forever, mid-table, in the second division of trust. Clients being advised to say sorry – as a panel discussion at The Law Society earlier this year reinforced– is Just Not On, especially if it exposes that client or an organisation to potential liability, litigation or risk. I get this (from a legal perspective). But no-one can expect to be trusted if they are not prepared to apologise properly or support those that need to do so. We all know how it feels – to paraphrase the wisdom of Dr Rowan Williams – when someone you love dearly says (annoyingly) “I’m terribly sorry that you feel like that” when only a proper sorry will do.

I offer seven suggestions on how the legal profession might address some of the trust challenges it clearly faces:

In reputation terms, the legal profession has had a lucky ride over the past decade. Its role in supporting some of the perpetrators of the Global Financial Crisis went largely unnoticed, as “spiv” bankers took most of the flak. Now, public ire has turned to the auditors and accountants in the wake of a series of high-profile scandals and collapses. But, with the starting salaries touted by some of the big law firms currently following the hyper-inflated model of the investment banks in their heydays/ low-days, the legal profession is walking a reputational tightrope. In an asymmetrical, polarised world of political populism, angry mainstream media, social media trolls and an overbearing rush to judgement everywhere, it may take only one or two flash incidents to open the reputational floodgates.

Just ask the Millwall fans what it’s like to be hated for decades. But, there again, Millwall supporters really don’t seem to care.

Robert Phillips is co-founder of Jericho Chambers, a Visiting Professor at Cass Business School and author of Trust Me, PR is Dead. Some of his best friends and closest family are lawyers. 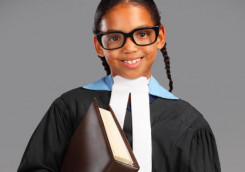