The 12 Leaps of Christmas 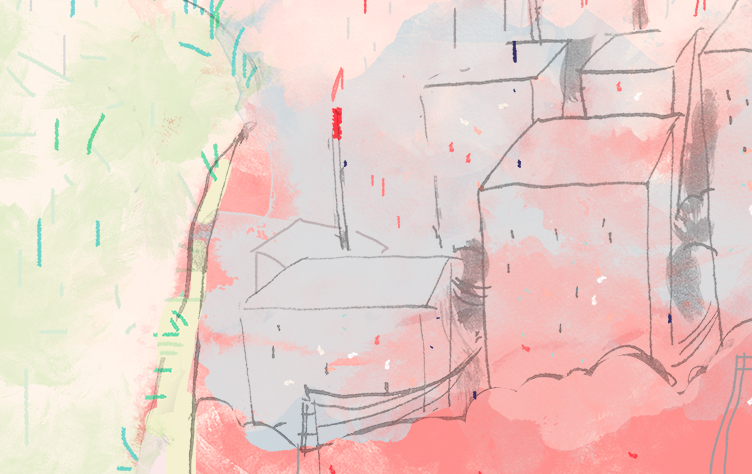 Jericho kicked off 2017 imploring us all to “just do something” and we end with another busy quarter—focused on imaginative leaps and an appetite for renewal.

It’s been a non-stop year—convening over 40 Roundtables and Forums on subjects as diverse as smart cities and sexual harassment via digital futures and the circular economy; publishing extensively; speaking on 25+ platforms and at major global conferences; working closely with 500+ experts and influencers and curating a wider community of nearly 2,000 in less than twelve months. Both the Responsible Tax project, convened in partnership with KPMG, and the CIPD-led Future of Work is Human initiative have happily gone from strength to strength.

2018 will bring its inevitable challenges but we remain optimistic and hopeful that, together, we can be the change and help make the world a (little) better place.

Leap with us over the holiday season and into the new year beyond. 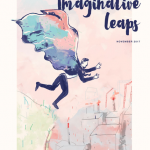 Incremental thinking in business and politics has failed us. Imaginative Leaps are urgently required.

Gramsci’s interregnum—when the old is not yet dead, the new is not yet born, and where morbid symptoms persist—has become a popular meme for our times. November saw the publication of Imaginative Leaps, the latest edition of Jericho Times: a collection of essays with fresh thinking to bring in the new. Bold ideas include AI with Empathy, creating the Global Mind, Clearing the way for new, better and more idealistic leadership or a more networked society…  Get in touch to be part of Jericho Times’ next edition. 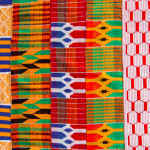 Collaboration, not competition, runs to the heart of the Jericho model.

We are proud to have brought to life a publication: Responsible Tax and the Developing World, published in December 2017 and supported by KPMG. The 11 essays represent a global dialogue on Responsible Tax that has been gaining momentum since 2015, with contributions from the OECD, Christian Aid, Shell, Center for Global Development, ActionAid, KPMG, African Tax Administration Forum and others. The pamphlet is based on the premise that tax is the entry fee we all pay for a civilised society. The book seeks consensus on how government, business and civil society can join forces to realise citizens and society’s right to fair tax and fiscal systems in the developing world. Click here to read more.

Voice has never been more important than it is now, challenging the imbalance of power everywhere.

#MeToo forces forthright conversations. Tackling the issue head on, the Future of Work is Human Community asked (outright): How can HR tackle sexual harassment in the workplace? The ensuing discussion—one in a series of HR Director forums across the year—was heated. It yielded diverse opinions on ways forward: from point-blank ‘no-assholes policies’ and binning NDAs, to HR’s role in fundamentally restructuring the traditional office power pyramid, championing courageous conversations. Read a full write-up of the discussion here. 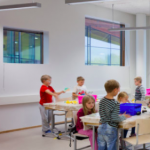 No-one can learn if they do not listen.

Trends transforming the professional environment: Globalisation; demographic change; environmental sustainability; technology; urbanisation; increasing inequality and political uncertainty. This is according to Future Jobs 2030, a 2017 report by Oxford Martin School, Pearson and Nesta. Research by WEF, OECD, or the Business and Sustainable Development Commission, which aligns business strategy with the UN Sustainable Development Goals, has similar conclusions.  What do global trends mean for the professions—and for professional qualifications? Jericho has been working with a number of professional membership bodies, convening business leaders, academics, students, policy experts and international organisations. Discussions covered how these trends affect the professional environment, ways to future-proof, and the potential for professional membership bodies to take the lead serving the public interest. A summary of our work on the professions and future skills will be published in the new year. 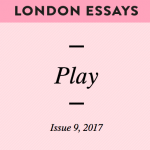 Work-life balance needs to be more than a cliché.

Traditional ‘city thinking’ makes much of how a city fares in the global economy, or the extent to which it meets people’s material needs. Based on an original Jericho idea for Capital & Counties Properties PLC and Centre for London the latest edition of London Essays has Play as its theme. Its focus is a different, more intangible kind of richness; the city’s important, elusive, and unquantifiable social and cultural life—its ability not to be bland. Under London’s banks, skyscrapers, and high-rise living complexes, what of the comedy clubs, playgrounds, casinos, and parties. Read more about London’s historic, current and future capacity for fun. Three editions of London Essays were published in 2017. 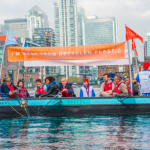 Blue Planet II shone the spotlight on plastic pollution in the world’s oceans. But the ‘global’ problem Attenborough highlights plays out alarmingly close to home. 70% of Thames fish have plastic in their gut; river birds’ nests are frequently made of plastic; and most of the 8 million tonnes of plastic entering the oceans each year are originally discarded on land—in cities like London. The plastic fishing initiative spearheaded by Christine Armstrong is quickly gaining critical mass. The project is a collaboration between Hubbub, Canary Wharf College, and Sky’s Ocean Rescue, and inspired by the work of Plastic Whale in Amsterdam.  November saw the launch of Poly-Mer, the first boat in the UK made from 99% recycled plastic waste, and the first in what will become a fleet of plastic-fishing vessels moored in London’s Docklands. One of the most impressive aspects of this project has been the incredible enthusiasm that met it: from everyone from 8-year-olds, to TV presenters and MPs. To get on board, email Christine. 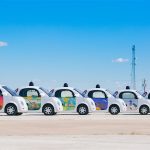 Jericho is committed to the good city.

The second in a series of Moving the City for Good discussions with The Go-Ahead Group focuses on the theme of Smart Cities. Hyper-loops and autonomous vehicles have their place, but when it comes to moving millions of people from A to B, smart-city thinking alone won’t cut it. See what does in Matthew Gwyther’s podcast and article, What Drives Smart Cities, based on the discussion and subsequent interviews. More on the subject in the London Essays and through events hosted in the first half of the year with RICS. 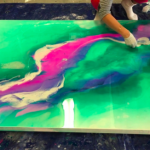 No-one wants a world where humans are little more than “bad robots”.

The ‘march of the robots’ threatens as many as 47% of jobs globally. But the fact remains—technology and AI are not progressing in and of their own accord. As passive bystanders in the tech revolution, are we not complicit in its unwanted affects? A December roundtable, one of several convened on behalf of CIPD, asked which human interventions leverage tech for positive change, and defined opportunities for the Future of Work is Human community to make these. Answers ranged from Facebook paying us a universal basic income, to economic and business models that promote meaning and self-actualisation. Read a full write-up here, with more to follow from the Future of Work is Human community in early ’18. 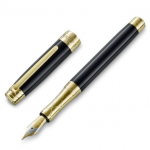 Not all revolutions need to be bloody coups.

Had you invested $1 in Bitcoin in 2010 you would have $1.4 million today. What does such volatility mean for those making the rules? Indy Johar, Jericho partner and co-founder of Dark Matter Laboratories argues Innovation Needs a Boring Revolution. In an age of exponential technologies, smarter, freer and fairer regulation has the potential to unlock stagnating economies, increasing the scope of innovation to realise widespread benefits. More to come in 2018 on new regulatory frameworks—a theme that touched many of our clients this year also.

Technology and data need to enjoy free access for all.

Nominet’s Digital Futures Index, created and researched with Jericho, started with a question: What will bring in a Vibrant Digital Future in the UK? Focus groups defined pragmatically what this means, and surveys identified educational, cultural and infrastructural gaps to be bridged. (Did you know that just 12% of Scotland has 4G, and only 1/3 STEM students are female?) Analysing such metrics, Nominet seeks to funnel the benefits of digital to serve society—rather than a handful of increasingly unpopular tech companies. Stay updated here on how the UK is faring on metrics of Digital Vibrancy. 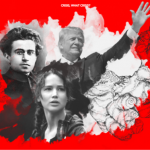 The so-called “crisis of trust” is in fact a crisis of leadership.

The last quarter of 2017 saw Robert Phillips on a number of conference platforms exploding the many myths of trust —and arguing for the shift from an imposed past to a negotiated future. In London, Dublin and Lisbon, Robert spoke about the relationship between truth and trust; the need for leaders to be honest about their mistakes; the power of collective action; and why we should trust people before we trust institutions. More to come ahead of the World Economic Forum at Davos in January—where too many lazily use trust as a message to disguise their own shortcomings of leadership… and imagination. Renewal is needed now (a 2018 Jericho project—more soon). 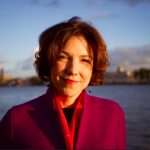 “I write in order to think” (AJP Taylor)

The past twelve months have seen the publication of many articles and provocations from Jericho friends and partners—including the launch of Filip Matous’ book on the science and psychology of web traffic, How To Get Your Website Noticed.

As 2018 beckons, we are especially excited about Christine Armstrong’s new book, The Mother of all Jobs, to be published by Bloomsbury in September 2018. Emerging from her Power Mums series for Management Today, the book explores the raw reality of balancing big jobs and small children, how parents can better cope, and how social and workplace structures can better support.

Watch this space for news.

Thank you to our friends, partners, clients and communities who have been involved in shaping all the projects of 2017. These have just been a taster from the last few months.

With best wishes for wonderful winter holidays—here’s to an imaginative, hopeful and optimistic 2018. 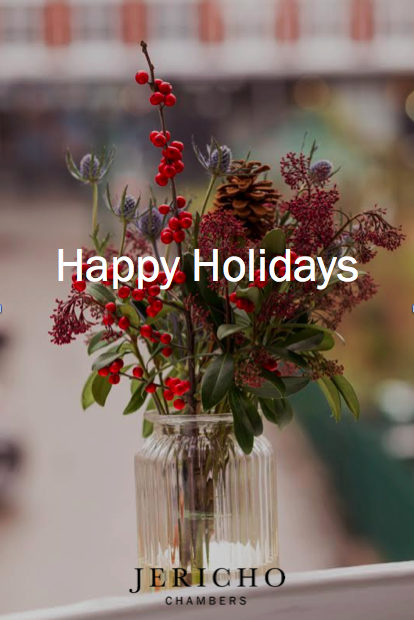 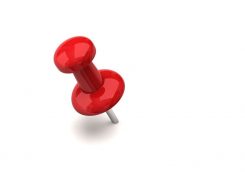